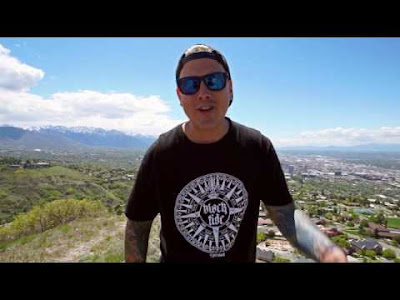 Salt Lake City based indie Hip Hop Artist gLife looks to drop his upcoming album My Rise on January 10th next year with features from Slaine and Madchild. Setting the tone of the overall album, which depicts the highs and lows of life as an indie rapper, and the gritty reality of grinding it out in today’s overly saturated and contentious Hip Hop market, he comes to us with the title track and first single. The song states that no one sees the entire story, they only witness an artist while they're on a platform; not while they're struggling, grinding it out, and hustling just to make ends meet. ELM Production directs the Chance Lewis produced cut and is filmed in various locations of Utah. While you get acquainted with this upcoming artist you can pre order his forthcoming 3rd album here.

"I started 2016 out confused; I was feeling lost about my direction” says George McDonald aka gLife.  “Slaine showed me a lot about stage performance and how to focus on music instead of partying.  Touring with him reassured me that my gritty subject matter and seriousness could still go over well in front of strangers every night.”