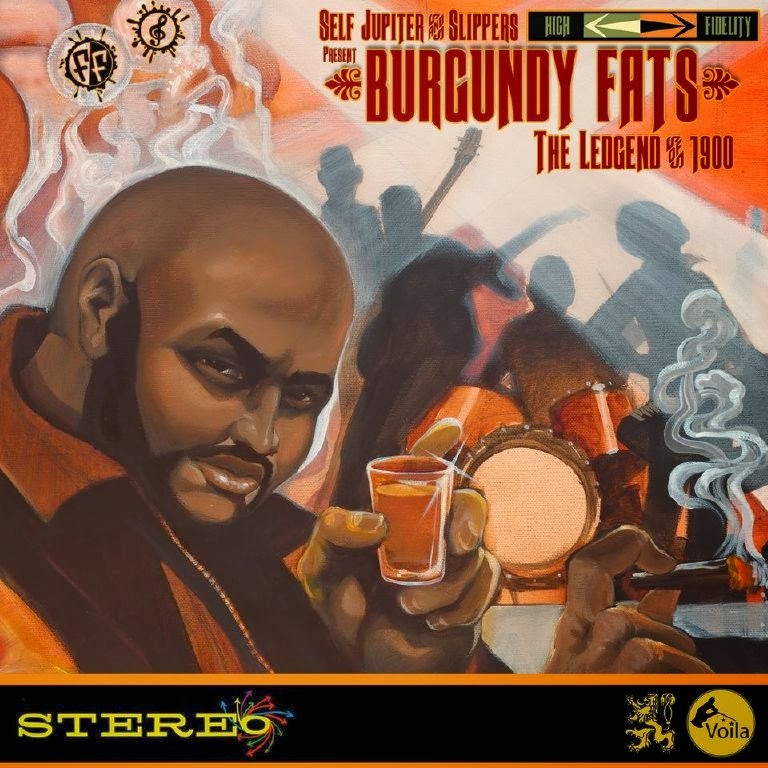 A new Freestyle Fellowship album... Who would of thought? Well, first thing 2014 we get a new Self Jupiter digital only solo project dropped on Bandcamp with little to no promotion and as usual it's extremely left field and pretty dope. The Legend of 1200 is borderline an EP, with 11 tracks hovering around 28 minutes in duration. A very short, yet consistent project for true fans of Freestyle Fellowship.

The album shares very similar tones with the recent Freestyle Fellowship releases, most notably Myka 9's 2012 effort Gramophone. Self Jupiter has a style that meshes a combination of singing, rapping, spoken word, and extremely abstract lyricism resulting in a pure poetic presence on the mic.

Like any abstract lyricist it takes time to really develop opinions on the subject matter of individual tracks. There are a few that perhaps are a bit more understandable upon initial listen... For example the track Unsatisfied is perhaps one of the more personal and self reflecting tracks off the album, describing himself as ungrateful, and "unsatisfied" with the opportunities and materialism in his life. Going so far as to debate "replacement" with someone who appreciates what life has to offer more so then him. It's a concept, or idea that we have all heard, however Freestyle Fellowship are the type of emcees to do these topics justice, and provide a poetic element to it that will effect the listener in a unique way.

The production is completely handled by Slippers, who is able to provide a sample based instrumentation that could easily be mistaken for a live setting. He implements these guitar rifts, and percussions that sound identical to a live performance on every track... It's important to mention the guitar sampling does not cause the songs to appear "heavy" or "daunting"  rather adds an element of funk, and mood to the overall vibe of the project.

A track like "Pretty Feet" the first actual song on the album (track one being a thirteen second intro of a door opening.) reminds me of the G Koop production that was on Gift of Gab's 2012 release The Next Logical Progression which was a favourite of the year for many reasons; instrumentals included... However the overall tone of the album ends up being much less celebratory of joyous, and more mood setting and artsy... Not necessarily on a cinematic and gloomy "mood" tip such as Adrian Young's Twelve Reasons to Die, but a bit less dramatic and gloomy, and enough to really allow Self Jupiter to shine on the mic, and not allow the instrumentals to become over-saturating.

In the end, The Legend of 1900 is a solid, consistent new effort by Self Jupiter and the Freestyle Fellowship fam... With a total runtime of just 28 minutes it's short and sweet. The album isn't going to reach new fans, but it's for the core heads that have tuned into recent releases from the camp. It's not mind blowing... it doesn't leave any outstanding impact, or going to meet many top of the year lists... but it's a solid project for fans, and will provide heads with new material to bump in the new year.