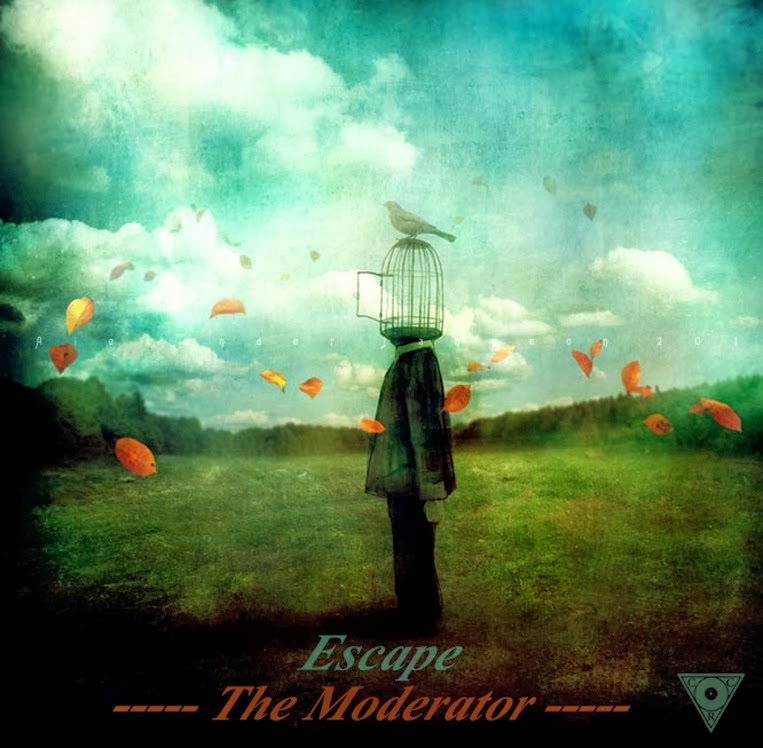 Every once and a while you get the joy of discovering an obscure gem in the hip-hop realm, it doesn't happen often, but those with music matching the greats still go unheard even in todays age of the internet. Moderator is one of these new found gems. This guy is a Greek producer and has released eight releases to date, with his new album "Escape" being his debut label release, put out on "Cult Classic Records".

What you get with Escape is indeed a rarity underground scene. This is a beautiful and melodic assortment of jazz and piano sampled based instrumentals that remind me of the late J-Dilla (specifically tracks like Love Jones) and Nujabes.  It's peaceful, yet funky, and allows the listener to travel to the farthest walls of their imagination. The 16 track project is executed masterfully, matching and at times surpassing the quality of it's influences.
The song that grabbed me and forced me to listen to this album in full was "Old Portrait". It may be due to it being my first experience, however it's still one of my favourite tracks off of the project. The entire listen is extremely consistent, it brings you into another realm of peace and ecstasy, yet has enough individual flavour on a track by track basis that it easily holds your attention and does not let you turn away. Once you press play, you must wait for the finishing touches.
Not very often do you discover someone of this obscurity that is able to leave this amount of impact to the audience, however it does happen, and Moderator has achieved this level of success without question.
It's the must-hear-project of January, by far, and it will be appearing in top of the year lists by December no doubt. It has a spot in mine at least. And he has earned a journey into his back catalogue as well.