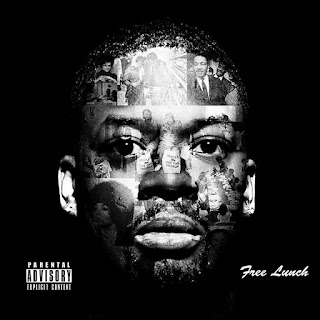 In the wake of many racially charged occurrences in America, hip-hop (along with many other things) has been more vocal about overcoming racial barriers. The music has been used as a means to display pride and rich culture that’s impossible to hide. That being said, nothing is more topical than the album “Free Lunch”. Free Lunch expresses hunger, self-love, and a passion to fight injustice with the will of a warrior king. Benjamin Starr reveals his self, his passion, his mic skill, his pride, his culture, and his versatility in this project.


BEATS: ★★★✩✩
For much of the album, Starr’s voice and the music complement one another perfectly. He’s shown to have a keen ear for beats. Teaming up with Rill Williams and ManHe for a good chunk of the album, they seem to be comfortable with one another’s styles. However, Starr shows he can bump with other producers, like fellow South Carolinians Danny Dee and Joel Brown. In “Wonderful Love”, Starr’s bluntly stated chorus is “woman, you’re wonderful”. With the following sax notes jumping for joy, he plants the seed of profound admiration for this woman. “Grace” is reminiscent of a fashion of holy hip-hop tracks. The thumping bass, horns, and opera choir gives it the epic sound of going to war. The album has overall good and enjoyable production.
LYRICS: ★★★★✩
Starr’s lyrical prowess thrives in its variety as much as anything else. He shows art in expression with his spoken word pieces, but he also displays a battle-rap reminiscent wit, impressive wordplay, and cinematic storytelling. The evidence is laid bare throughout the album, from the tales in “Mirrors” to the clothing-related wordplay in “Tuxedos”. The pair “Within, Her” and “Within, Him” show how deep, reflective, and thought provoking his lyrics can be; as they manage to be compelling acapella. Meanwhile, he can also send you a barrage of bars like in “Allah”.
CONTENT: ★★★★★
This is where this album shines brightest. As indicated by the album cover, Free Lunch is a montage of Afrocentrism. “Movies” is an elegantly-stated listing of people and incidents related to police brutality, civil rights, and black art. “Play me the truth, and let me groove with it”. Starr consistently and boldly delivers defiance towards prejudices and stereotypes throughout this album. This along with his everpresent reverence for his roots and culture gels the album together.
Free Lunch is as much about Starr himself as it is anything else, though.  He expresses his faith on “Seventh” along with other songs throughout the album. In “Seventh” as well as “Tuxedos” he details his struggles to succeed and become greater. “Wonderful Love” is a celebration of a love through both hard and good times. Starr gives listeners himself going through many downs, but still withholds the personality of a man standing tall. Such gives him a charisma, and makes you feel close to him beyond being a “rap activist” in a manner of speaking.
OVERALL: ★★★★✩
Starr’s quote on this album sums it up perfectly. It represents not only an evolved hip-hop artist, but an evolved black man. The versatility in sounds, subjects, and skill that this album shows along with the personality and passion make it a modern masterpiece. Free Lunch is an enjoyable and compelling album from front to back and it has a strong sense of purpose.  Any fan of hip-hop should love this album.
Frozen.
Read the full version at itzdadiabolical.com