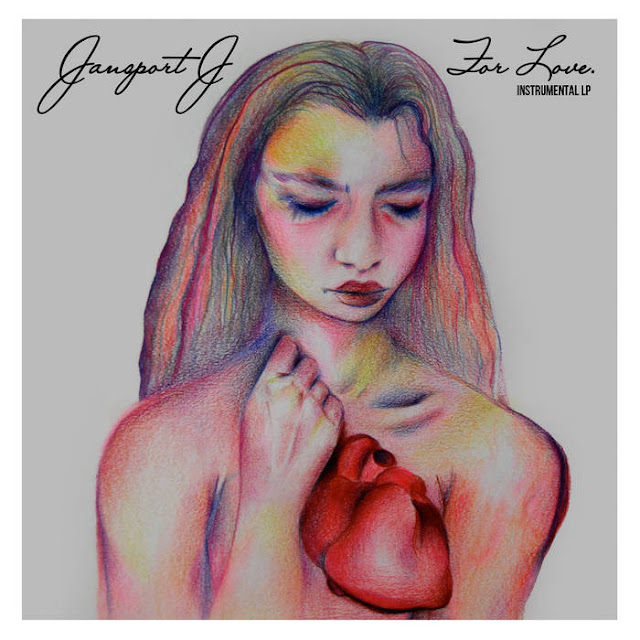 A while back we did an interview with Jansport J, a polished Cali producer who has lent his expertise behind the beat pad to the likes of Snoop Dog, Blu, Freddie Gibbs, and Ab-Soul. If such accolades do not convince you of his excellence, allow his Bandcamp to persuade you. On it, one finds a healthy serving of beat tapes released incrementally over the last seven years. Take into account that each tape has anywhere from 15 to 30 beats and you begin to see that his proficiency is tried and true. His latest release came back in January when he dropped blackwhitegoldville.

Today, Jansport J is doing a digital reissuing of his 29-track LP "For Love." accompanied by a limited run of cassettes through Honey Glazed Records. In his eyes, the project is "inspired by all of the things that we do for love, and the attachments we have to the things we love, whether positive or negative." To roll the re-release out in proper fashion, Jansport J linked up with Jay Sprogell to give "Hype Williams Video." a visual treatment. The hard-hitting, claptastic beat is one part haunting and two parts hype. It's infectiously cyclic melody is paired with clean kicks and powerful, sweeping horns. The video follows an unnamed woman as she wanders in and out of walking and hippie dancing around an NYC Mobil. If you don't know what hippie dancing is, check out the video and you'll see what I mean. If you dig the project, head on over to the Honey Glazed Bandcamp to pick up a cassette before it's too late - there are only four left.