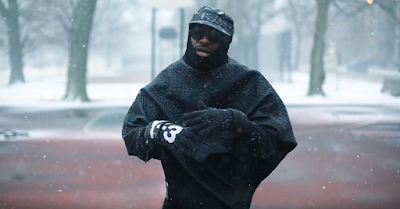 Mickey Factz, veteran emcee, former XXL cover freshman is set to release his debut album, The Achievement circa ’82,with Grammy award winning producer Nottz handling all of the production for the ten-track project, which also includes guest appearances from Blu, Phonte, Styles P, Mack Wilds, Smoke DZA & Curren$y and will be released on 10-28-2016.

The first taste of this collaboration is the third installment of the 414 trilogy entitled “414 Words.”  Fans of Mickey remember $4.14 which was a reference to the amount of money that could be found in the emcees bank account and for the time (4:14am) the track was written.   Further, “414 Words” has exactly that amount of words in the song (and we're sure fans will count to verify) and complete's the trilogy on his debut album.