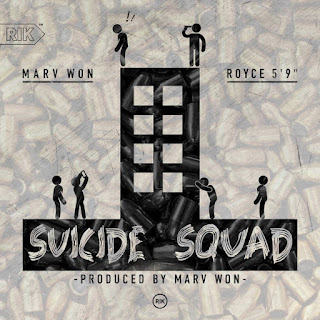 FWMJ’s Rappers I Know artist and producer Marv One hasn't dropped any material since the middle of 2014. After debuting back in 2009, the Detroit standout has remained relevant with a consistent amount of releases. With over a year of silence to allow himself to transition, Marv returns in great fashion to remind us that change is imminent, unwavering and relentless as he plans to drop a 10 track album this month entitled "Soundtrack of Autumn".

To help announce his triumphant return he connects with fellow native and heavy weight emcee Royce for what is merely a treat in a banger of a track that will not appear on the forthcoming album.