10 Of The Most Wanted Hip-Hop Samples 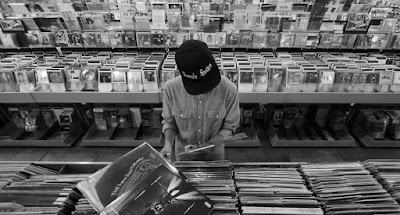 So while scrounging through Reddit I came across this post by the homie Omar who runs the Sample Spotters group on Facebook. The group was created to fulfill a need for a community for people to discuss sampling that I saw as missing or very low on the internet. Omar states:

"I love the feeling of solving a great mystery, so finding any of these 10 (and continuing updates to the future) are kind of like being a sample detective in a way and finding clues in order to solve the case. I think that when you start learning about the history of hip hop, you learn that sampling was integral to the formation of it. Breaks were the start of hip hop, and even the first major hip hop track Rapper's Delight was based on a replayed sample. So producing with samples is integral to hip hop in my opinion. Many people would agree that it's a crazy and amazing way to create new art from the past. Once you start listening and learning more about the music that is sampled, you start learning about whole new worlds and eras of music that you would have not known about as well, which I think appeals to me and a lot of other people in the producing community and who just appreciate sampling in general."

The list was started shortly after the group was formed in July 2016. This list was formed from suggestions of early sample spotters members, which is why it contains a mix of classic well known unknowns ("Jay-Z - Bring It On") and unknown unknowns ("Onyx - Last Dayz Kixnare remix"). Out of that list the most legendary status unknown sample is easily Bring It On. The track was released over 20 years ago, and nobody has identified it yet. The Sacrifice intro is another very well known mystery, which is speculated to come from a vietnam era track due to the lyrical content of the sample. And "Chief Kamachi - Queen" is probably the biggest case of a sample that should be easily recognizable, but has yet to be identified in over 10 years. Since the video was published,one sample was found (Funky Fresh Crew), and the list was updated with "Lord Finesse - Flip Da Style".

The 10 most wanted list was created as a way to help get more people involved in the group. If you find a sample on the list, you have your choice of what can replace it. It was also made as a way to get these samples exposed to a lot more people. The more people know about it, the easier it will be to find them, which is also the reason the video was made.