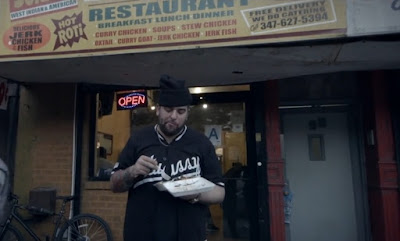 After the release of his debut mixtape Fatboy Sessions which featured a collaboration with Pro Era’s CJ Fly titled FDW as its lead single, Brooklyn rapper Bub Styles looks to keep the momentum he gained with a new visual for a song called Badmon.
Follow Bub in his own element, enjoying pastimes that include loitering in front of Jamaican restaurants and smoking weed behind the counter of bodegas he doesn't work at. The track will be featured on his sophomore project Long Nights, Cold Winters and will exclusively feature gritty and hard hitting production from Ace Fayce.