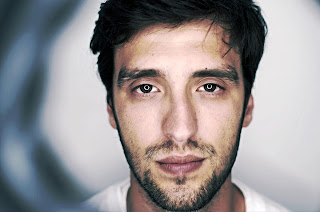 With Al Pacino playing the devil's advocate, Beasley's Corner Bodega emcee Izzy Strange tries making sense of earthly things in his latest visual, "God's Got A Gun". With Mike Incite on the chorus and Casa Nada banging out a multi-layered instrumental, Strange and Joshua "Zeus" Thomas take an in depth look into God and why the world is the way it is on this new single from the forthcoming "A Good Day 2 B The Bad Guy" album.

This marks the album's fifth release and second visual presentation, which has so far accumulated close to 14k organic views via Izzy's Facebook page and growing. The Pennsylvania mainstay continues debuting hit after hit and has recently announced the sixth and final single will be a collab effort with breakout Chicago artist, Mick Jenkins. That single will debut in early March with the album following closely behind. Check out this must see video immediately.

Interested in Izzy's lyrics by chance? Well you'll be excited to know he dropped the full lyric sheet on Genius as well. That link can be found below.