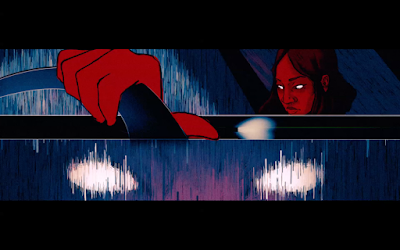 Little Simz releases the official music video for “Picture Perfect,” taken from her sophomore studio album, Stillness in Wonderland, released on Dec. 16, 2016 digitally, with the physical release set for March 24 (which includes a bonus track featuring BADBADNOTGOOD). Pre-order here.
Directed and animated by frequent visual collaborator Jeremy Cole, the visual accompaniment to the RASCAL produced cut gives viewers a further look into the world of WONDERLAND, which was introduced in issue one of 22 year old rapper’s WELCOME TO WONDERLAND comic (a 4 part printed series drawn by Mckay Felt + written by Eddie Smith. Issue 1 is out now). Taking viewers into the darker side of the RABBIT HOLE, our protagonist continues her mission to disrupt the system.
Following sold-out dates in Australia and a capacity crowd-drawing specially curated, music festival at London’s Roundhouse this weekend, the fiercely independent artist is about to continue on her worldwide WELCOME TO WONDERLAND TOUR, a selection of headline dates, a support slot on Lauryn Hill’s US Tour and festival performances around the globe. The US leg of the tour begins next week, with freshly announced additional headline dates in New York and Seattle and direct support from CJ Fly of Pro Era, followed by dates in France with more dates TBA imminently.