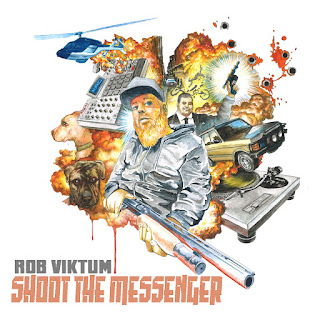 With the release of his upcoming project exactly one week away, Dallas DJ and Producer Rob Viktum shares the first visual with the title track "Shoot The Messenger" featuring Lil' Fame of M.O.P. - Skrewtape of Sensi Starr - and Guilty Simpson co-starring Slaughter Rico, Boogieman Dela, Cameo Carter, & Kenzo Luciano as the masked marauders.
The project will be a feature based record produced entirely by Rob Viktum that includes boom bap based hiphop, heavy drums, thick basslines and lyricists such as: Lil Fame of M.O.P., Conway, Ras Kass, Awar, Skrewtape, Brother Ali, Blueprint, Joell Ortiz, El Gant, Copywrite, Krum, and many others.