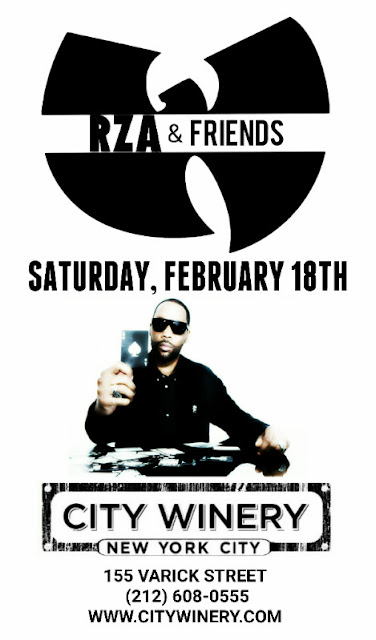 Wu-Tang Clan's super producer/MC, RZA a/k/a Bobby Digital, will be performing at City Winery (155 Varick Street) in New York City on Saturday, February 18th.
RZA will be performing a mix of old and new music including some of his most famous Wu-Tang Clan, Bobby Digital and Gravediggaz hits. This is a RZA & Friends show, which means you never know who RZA may bring onto the stage to join him that evening.  Special invited guests include Raekwon The Chef, Ghostface Killah, Dave Chapelle, Nas, DJ Scratch, Killarmy, Q-Tip of A Tribe Called Quest, Kool G Rap, GZA, Cappadonna, Masta Killa, Killah Priest of Sunz Of Man and more.
Go to www.citywinery.com to purchase tickets before they are all sold out.  This is an event that you will talk about for years to come.  Don't miss out.