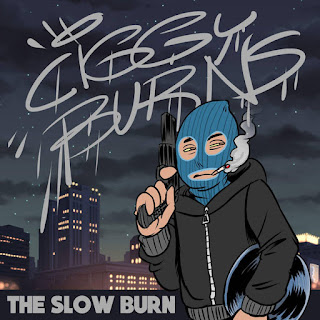 Texas emcee Evolve drops this dope little 10 track album "The Slow Burn", a concept driven project that revolves around a character named Cigarette Burns. A money hungry, fuck up, hood dude that never grew up and just so happens to rap. He's stuck in his old ways feeding into the stereotypes cast on him. He can't be rehabilitated and he doesn't wanna change either way. This project let's you inside his life for a brief moment in time and reflects on his lifestyle giving you a taste of his raw unadulterated, hard, harsh, drama driven,yet vivid music. He is a product of his environment and you will hear it in his rhymes .