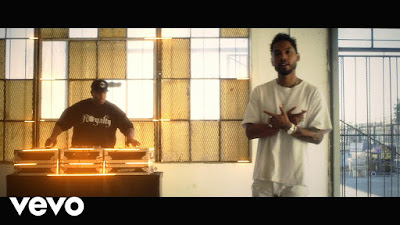 Two weeks ago, fans received a pleasant surprise when Miguel and DJ Premier officially released “2 LOVIN U,” a track that they recorded together during the sessions for Miguel’s third studio album Wildheart (2016); which mysteriously appeared in a different form, under the title “Damned,” when the album (which would be later nominated for two Grammy Awards) was officially released.
Miguel and Premier always wanted to find a special way to release this track and true to their words; they did! While fans alike finally got some answers and closure, today the Hip-Hop icon DJ Premier and R&B Superstar Miguel up the ante by releasing a video for “2 LOVIN U.”