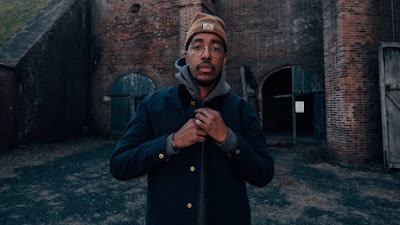 Lifted from his recently acclaimed album "The Iceberg", Oddisee grabs Zak Forrest to direct the new visuals to the standout single "NNGE". The two hit various spots in their hometown of Maryland as they humorously deliver performances as dope as their bars.

Director's Statement: "We shot it on the Red Dragon, around places of personal significance to Amir and Toine, in the areas where they grew up in Prince George’s county. The main goal of the video was not an aesthetic one, but to simply have fun, enjoy the journey, and reminisce at the old haunts. Every location we pulled up to, Amir and Toine would get really excited because they hadn’t been there in such a long time, so I didn’t want to kill the enthusiasm by taking any time to set anything up. So for this video we decided to try and capture the entire thing with a single lens, the 18mm Zeiss Superspeed, allowing them to do whatever they wanted and move wherever they wanted to go. We ended up using a 10mm and an 18mm to get all the surroundings and the two of them playing off of each other in performance. With this method we were able to get everything in single takes at each location and nothing got stale before it was time to move on." - Zak