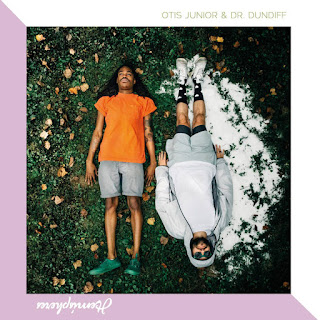 Otis Junior and Dr.Dundiff have a special bond. They met one year ago at a local R&B contest in Louisville. Dr.Dundiff was the DJ of the night and Otis Junior happened to be the only contestant he had never heard of. He took the stage just playing piano and singing and Dr.Dundiff was so blown away that they ended up in the studio together shortly after. They released their debut EP “1moment2another” very few month after they had first met in early 2016 on Jakarta Records and it's was widely appreciated with heavy daytime rotation.
Despite the fact they have not been working together for a long time they managed to create their very own and unique take on hip hop production influenced soul music. While Otis comes from a classic soul background, Dundiff's previous release were classic underground leftfield hip hop records that even had him handle mic duties. “Consider each of us as one hemisphere; the world we create together is new, different, and unexpected.” is how Otis Junior summarizes their approach of bringing their two worlds together musically.
Dundiff's organic yet hard hitting productions compliment Otis Junior soulful timbre perfectly while they were able to perfect their style even further comparing their debut EP to their debut album “Hemispheres”. Dundiff sums this development up: “Otis and I have this mutual agreement that we want to continue pushing our music in different directions. Hemispheres is a perfect embodiment of that approach."