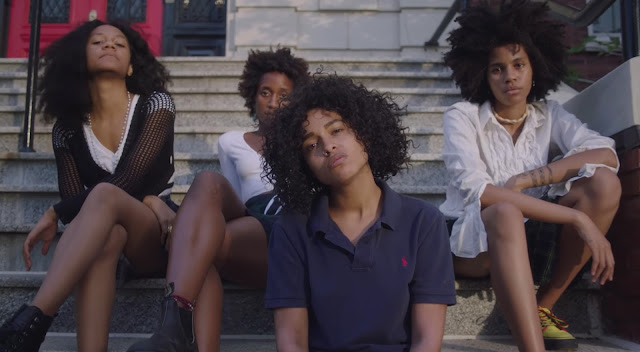 This past Tuesday I saw Princess Nokia perform to a sold out crowd at Brooklyn Bazaar. Princess Nokia in a pink bandana, bikini top, and pink velour track pants performed a show that solidly ranked in my top 5 show-going experiences alongside Kendrick Lamar, Oddisee, Big KRIT, and Mykki Blanco. Princess Nokia finds her performance strength in a combination of three things: her overwhelming charisma, her clean enunciation, and her noncommercial girl space setting. The former two are often present in other performers (although Princess Nokia’s charm arguably excels many others’), it is the latter - her ability to create a truly safe space for girls (and here I am including women) that sets a show-going experience truly distinguishable from any other. If the presence of actual girls - her friends’ daughters - on stage for much of the show wasn’t enough to prove that a Princess Nokia show is safe, then her announcement at the outset certainly set the tone. I’m paraphrasing: “This show is for girls and I want you to feel safe. If you don’t feel safe you come to the front and you tell me” and the crowd (a large percentage women) roared back in appreciation.

If you’re not a women or queer or you do not have a small body it might be hard to understand the significance of the person on stage, the person imbuing the crowd with energy, making this statement. As a girl, I can tell you there is one very simple fact that can make any male dominated space feel unsafe: as a girl, you are more often than not physically smaller and with assumed less social power. This dynamic is heightened in crowd settings, where your physical and social interactions are increased just by virtue of body-density. This means more potential interactions where the smallness of your body and your assumed diminutive social power converge at what I think of as some boundary-broaching nexus. That is someone, usually a man, either forgets that he is big or that your smallness and gender do not actual subtract from your humanity and does something that you don’t want him to do. So when Princess Nokia says “As always, at all my shows, girls to the front” and the women cheer and surge to the front, there is a certain mental release that happens. That is, you no longer spend the whole show protecting the boundaries of your body and instead you get to yell “with my little titties and my fat belly, with my little titties and my fat belly” and “Kitana, Kitana, Kitana, Kitana / Mortal Kombat, I’ll see you manana/ Mortal Kombat, I’ll see you manana/ I step in this bitch and I do what I want/ I don’t give a damn and I don’t give a fuck” while you jump as high as you can. This is, if it needs saying, an incredibly freeing experience.

The Brooklyn Bazaar show is part of Princess Nokia’s 1992 World Tour, which is hitting both coasts, Canada, and many European countries. Many of the shows are already sold out. And rightly so. The rapper has been gaining a steady following, in particular since releasing the mixtape 1992, whose thematic strength drew on the power of childhood, of girlhood, and showcased Princess Nokia’s ability to consistently spit. The rapper also has a substantive internet presence, producing the podcast “Smart Girl Radio,” approximately an hour long show that gives the artist time to sit with her ideas on feminism, girlhood, and the state of her work; modeling, with an inherent 90s aesthetic; and more long form videos like the documentary about her music and childhood she did with the Fader titled “DESTINY” , and the couch conversation she recently had with Ab-Soul where the pair discussed their recent albums and urban feminism and Princess Nokia proclaimed “I’m a smelly fucking kid, and I love myself.”

Princess Nokia is not politically shy on stage. Earlier I stated “usually a man, either forgets that he is big or that your smallness and gender do not actual subtract from your humanity and does something that you don’t want him to do.” This is admittedly euphemistic. Between a combination of songs from 1992, a forthcoming mixtape (due this summer), and throwbacks Princess Nokia spoke to the crowd. And boy is she honest when she raps “got no hair on my tongue.” Throughout the performance the rapper explicitly called out rape culture, preached the protection and empowerment of women of color, and declared “I know who the fuck I am.” With every pronouncement the crowd cheered back uproariously and entered the next song ready to rap along and jump up and down.


Logistics: Follow Princess Nokia on Twitter and check out her up coming tour dates - perhaps you'll be lucky enough to snag tickets 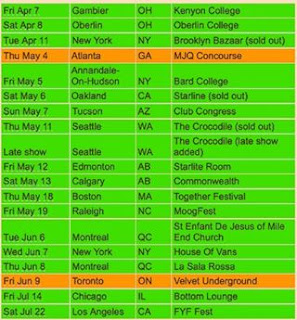