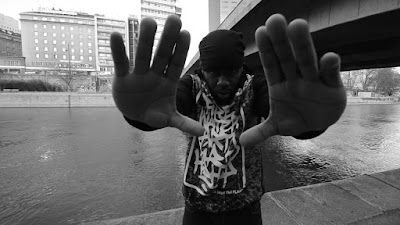 Boston lyrical phenom Reks continues to push his latest album The Greatest X with the new black and white visuals to the Apollo Brown produced "H.I.P.H.O.P". Directed by Julian Hieronymus, the video see's Reks in various locations as he, Apollo and many other cameos song along to the hook in which states that Hip Hop has helped the world survive this struggling and hurtful life.