WORDUP - Heavy is the Head (Album) 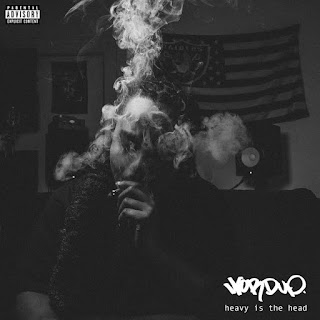 Oakland artist WORDUP is well known for his work as part of the rap duo, Dope City Saints. His new album, "Heavy is The Head", is sure to define him as a stand out solo artist as well. Produced by Double Lyfe, the album also features collaborations with Ellohe’, HBK Azure, Marciano YR, Rogue Venom, Bambu and the other half of the Dope City Saints, Kasi RocsWell.

"Modern artists find themselves challenged to make one hit record. Rarely to they use their life’s experiences to construct a classic body of work. Consistency is key. Sure, it’s a bit old school, but that’s the difference between their work and mine" says WORDUP about his inspiration for "Heavy is the Head".

Each song reflect the years of mentor-ship WORDUP received from DJ Toure from the Hieroglyphics Crew and how he was able to combine his own lyricism and musicality into a true Oakland sound.

Listen to the full project on Spotify here: WORDUP - Heavy is the Head