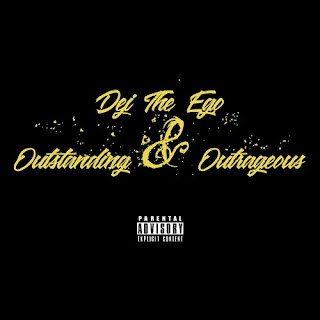 East London rapper and producer Dej The Ego returns with his new freestyle. It has been a while since Dej released new music but he recently featured on LDNRBS compilation tape "Shades".

He takes inspiration from fellow London rapper Avelino drafting his own version of his hit 'Outstanding & Outrageous' released back in November, given its blessing by both Avelino and producer Ace Keyz.