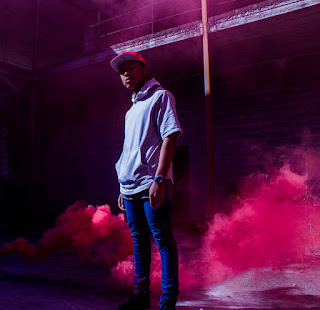 I've been a regular viewer of Dead End Hip-Hop for a little over two years now. In that time, I've become familiar with just who the hell Damone Tyrell is. I've reviewed his newest album back in 2016 "Who the Hell is Damone Tyrell" on my YouTube, and featured him on my #XtENsiON(EP) back in October of 2016. Now I've gotten to know the young talent out of Buffalo, NY a little better in our first interview together.


How'd you get into Hip-Hop? Any particular artist, person or album pave the way?

My mom, she always had music playing when we would ride from ATL to Buffalo. She had to keep herself awake since she was driving for 12 hours straight. She'd play artists like "ATCQ, Nas, Jay-Z," just to name a few. She'd still play soundtracks from my favorite movies from time to time also just to provide a balance, as well as R&B and Soul music. I have to say out of everyone she played I gravitated toward ATCQ the most, it wasn't until later in my childhood that I discovered Biggies Life After Death album and immediately wanted to rap from that moment on.

I still haven't. "making it" or "getting your foot in the door" is very subjective, based on my accomplishments I still feel very unfulfilled when it comes to my career. Now with that said, I do appreciate said accomplishments as they come and I'd like to believe that my passion, hunger and focus help put me in a position to achieve.

What kind of space were you in mentally/musically when you were in the creation of "Who the Hell is Damone Tyrell?"

I was all over the place. I recorded "Catch 23" in January of 2016 when I was working at this bogus security job, and the other songs came shortly after the idea of the tape was confirmed. I was all but relaxed with the making of that EP, but crazy enough it feels like one big exhale when you listen to it.

I feel like Hip-Hop is growing, it's not the 90's anymore, rappers no longer have to stick to a specific formula or what have you. The difference between the underground and mainstream to me is budget, and even then some underground rappers can compete with mainstream artists still.

Do you feel "mumble rap" should have its own like trap and other sub-genres do? Should it even be called Hip-Hop, or should it be thrown in the mainstream "Rap" category.

I don't fuck with separation in Hip-Hop. If it's derivative of the art form then it should be under the same umbrella regardless of the content. Punk Rock is still Rock music, just for a specific crowd of fans. So mumble rap should still considered under that umbrella in my opinion. I also think mainstream rap and underground hip-hop are dumb ways to continue separation in hip hop.

How'd you get involved with DEHH?

Funny story I entered the Bar Exam back in October 2015, an open mic night at Apache cafe in ATL, and was excited to see DEHH judging. I had always been a fan and wanted a review so it made sense to show up and try an impress, little did I know I would go on to win and later next year (2016) be dubbed their official artist. We released WTHIDT in September and did various interviews/shows, I definitely have more to come with the good folks of DEHH so stay tuned.

What can we expect in the future as far as music? Solo album, collab album, feature? If anything, would they be released in 2017?

I actually have a collaborative mixtape dropping with my homie "BangersByOne" a producer out of Indiana that's crushing the scene right now. Its called 5 Stories and will be released 7/7/17, attached with a short film. I most definitely excited for people to hear this project, it took me 3 days to finish so it was more of a challenge, but came together almost flawlessly.

Great. Thank you for taking the time to converse brother. Anything you want to say or anybody you want to shout out?