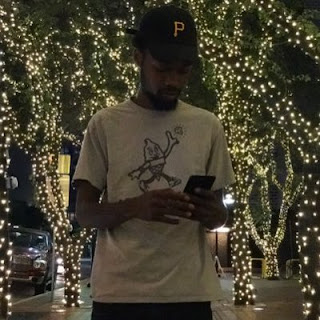 Don Show is Dallas based rapper who is very closely associated with his fellow Dallas based rapper, Griff. I recently interviewed Griff as well. Both artists are set to be featured on my newest mixtape "404 Not Found" which drops on Friday, June 23rd.


How'd you get into Hip-Hop? Any particular artist, person or album?

- I first got into hip hop when I was younger. My favorite rapper was Ludacris initially, but whenever Lil Wayne got hot I was definitely on that bandwagon. I want to say it was this random deejay mixtape called Mister Carter 2. From that point I was a Waynehead.

How'd you get foot in the door as an artist?

- I just know a few people who are in that world. They don't work a 9-5. They live the life that is ideal for a person like me. Like I grew up with these guys. They aren't new people I met. We've known each other for years.

- Right now I've been listening to regular stuff. Kendrick. Drake. I fuck with Isaiah Rashad and more of the young mainstream guys, like Joey Bada$$. I like Yachty. Migos fasho. I just like to know what makes a good radio song and how I can incorporate that into what The Don Show is trying to do. Not necessarily an influence per-say

What kind of MC would you say you are?

- I feel like I haven't truly identified what type of MC I am. I like to make all types of music and venture into various sounds. So to label myself into one category is something I feel like I'll be able to do with more experience and more growth in my craft. Identifying my lane. I'm still learning.

I love Houston Hip-Hop. With you being from Texas, Dallas primarily of course, does DJ Screw, Scarface and the Geto Boys, UGK from Port Arthur, ABN, and the rest of the primarily Houston Hip-Hop scene influence you?

- Of course it does. I like slower music because that's what was popular. ABN and UGK. I love Houston rap. I was born there. Lived there most of my adult life. So that culture most definitely has an influence on me.

What can we expect in the future as far as music? Solo album, collab album, features? If anything, would they be released in 2017?

- Um, I'm working on an EP right now. It's called "Boy Meets World Expansion Pack" Free Game Everythang. I got work with Griff of course. That's my brother. D-Tae in Florida with it. We working. It's some cats here in Dallas I've been talking to. And recently I started with a new engineer who has experience so things are good. And yes that EP will available this year.

Just free Game everything. We working. Fuck a "like". A repost is what's needed.


Already. That's what it is bro.