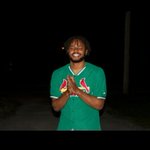 What up OK-Tho! community? Today I'm bringing you an interview with Dallas based rapper Griff. Griff is set to be featured on my newest mixtape "404 Not Found" which drops Friday, June 23rd.


How'd you get into Hip-Hop? Any particular artist or person? Particular album?

- The 8mile soundtrack was the first rap CD I got to listen to with curse words. Late registration was the second, after hearing "drive slow" and "roses" I knew I loved this rap shit.

My 3 favorite artists who I could listen to forever are Chance, J. Cole, and Andre 3k. With that being said, YFN Lucci and NBA Youngboy are both in my rotation heavy right now. Everything I listen to effects my style and sound as an artist. From the Sade my mama used to play when I was little, to the lil dicky tracks my roommate used to show me just to get a laugh.

What kind of MC would you say you are?

- I don't know what type of artist I am yet. I just want to give people music they can feel. Something that brings emotion.

I love Houston Hip-Hop. With you being from Texas, are UGK, DJ Screw, Scarface and the Geto Boys, SUC, Swishahouse, Street Military, ABN, BHO, Guerilla Maab, and the rest of the Houston scene an influence on you?

- As far as Houston rap I got hella love and respect for it, but as a Dallas nigga I got a chip on my shoulder. Texas rap ain't just Houston. There is a gold mine of talent in this area, Dallas coming hard in 2017.

What can we expect in the future as far as projects? Solo album? Collab album? Features? If anything, would they be released in 2017?

- in 2017 I will be dropping another solo project titled 'Never Fold' as well as a joint tape with my brother D-Tae @2CheckUp3 called 'Keep Yo Head Up'. Also, a handful of videos will be releasing from multiple #FreeGameRecords artist.

Great. Thanks for taking the time to converse brother. Anything else you want to say or anybody you want to shout out before we close?

- Thank you bro, you doing a great thing for up and coming artist. #FreeTate #Free$tan RIP KREEPA, Aggtown Southside Stand Up!!