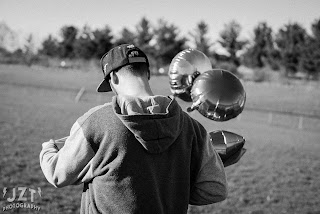 Pennsylvania-based emcee Izzy Strange lets loose a slew of intricate syllables on his latest project, "A Good Day 2 B The Bad Guy".

Aside from lyricism, Strange showcases his abilities to craft commercial singles such as with "Real Love" featuring Taylyn. His antihero approach to song crafting can be found on the first two tracks of the album, "Story To Tell" and "Making Movies". Taking close to a year to orchestrate, the Beasley's Corner Bodega frontman combined the Grammy Award winning sounds of Nate Fox and hometown beat phenom, Casa Nada, for the instrumentation.

He then took it a step farther by landing guest features from some of his favorite artists such as Blu, Mick Jenkins and Open Mike Eagle. Izzy has released six singles and three videos from the album thus far. He recently announced another upcoming visual for the Blu-assisted "At Home" single Shot on location in California. The fifteen track project can be heard on Soundcloud, streamed via Spotify and purchased from iTunes.