Just in time for the heat of summer, Northern Californian underground staple Pure Powers keeps up his recent streak of consistent releases with the drop of his brand new "Love Somebody." The track has a way more laid back and mellow vibe than most of Pure's previous work, though longtime fans will recognize the Sebastopol, California MC's dynamic vocal delivery and heavily old-school influenced rhyming style.

Half way through another huge year of playing high profile shows, including sold-out Blackaliscious, DJ Premier, and Raekwon stops in his native Northern California as well as headlining stops all over the west, Pure sounds poised on this new track to take a fresh musical direction. The beat's fun and poppy sample flip and Pure's more melodic and laid back approach throughout definitely translates well to the summer single format. It'll be interesting to see how much of this more pop influenced approach Pure adopts moving forward, and it'll be fun to see how Pure balances some of his more traditional hip-hop approach and influences

Stay tuned for more music and videos coming soon, and let Pure know what you think of his summer jam "Love Somebody" in the comments below. 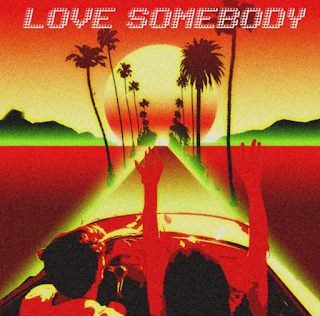