Who Got Next?: Meet Toronto MC 'Asun Eastwood' 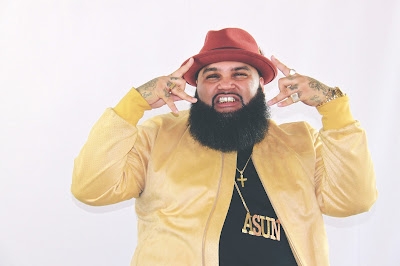 Occupation:    myself as a rapper, MC and entrepreneur.

Bio
Toronto's own Asun Eastwood is best described as “Provocative”.  He vividly paints dramatic pictures over loopy-hypnotic-bass riddled samples allowing the listener to get a glimpse of his gritty but luxurious lifestyle.


His story is like a critically acclaimed film. Having faced the loss of a brother, getting shot, stabbed and left for dead.  Asun still stands strong and realizes that all of the misfortunes have led him to his purpose, music.

Just recently Asun dropped his debut single "Everything" which features some additional raw vocals from New York standout Conway over production from Uncle D.O.E.. The single is a lead up to his debut EP NIMBUS. 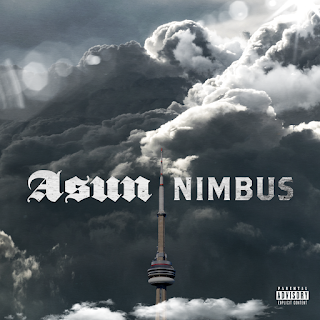 The Nimbus project was born out of struggle and ambition.  True to the definition of the word ‘Nimbus’, Asun wanted to create a piece of art that reflected his lifestyle, from glamour and omnipotence to pain and loss.  The debut EP is designed to be comprehended not just listened to.  The charismatic Toronto based rapper says “don’t even give me your opinion on this joint until you finished track 7, at least”, in a recent radio interview (Vibe 105.5). His music is the perfect soundtrack to many scenarios that most people only get to view in motion pictures; it is what makes Asun’s lyrical content so vivid.

In the Bomber Ph.D. laced “Asun’s Story” he gives the listeners an actual glimpse into his past, telling an eerie story about being shot by a friend in his younger years.

Asun really wears his heart on his sleeve on the track “In Memory Of… (RIP CHOPZ)” over the Uncle D.O.E. laced soundscape.  He paints a picture of his late friend with witty words and metaphors which is complemented well by an appearance from an elite wordsmith Skyzoo.
The talented up and coming rapper shares his humble beginnings through Chicago based producer Onaje Jordan’s rhythmic sound on “Five Pound Minimum”. The braggadocious yet relatable song actually features his father aka “Papa P”. The song can only be described as ‘real hustler shit!’
From the cocky, brash but witty bars on “Winner’s Circle” to the thought provoking, serious but assertive feeling of “Black Castor Oil” featuring an up and coming Toronto counterpart Daniel Son, Asun Eastwood makes sure you go through an abundance of feelings by the time you reach cloud 9.  The Nimbus leaves the listener with a craving for more. 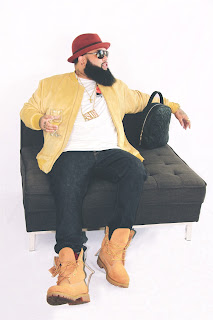 Get to know Asun:

What artists influenced you to start a career in music?

In the early 90s I was mainly influenced by anything Wu-Tang growing up. The first solo albums from Gza, Raekwon, GFK, Meth and ODB were like my bible in that era. There was a lot of influence from the Nation of Islam on my block when I was a kid so naturally Wu was everything. For me it was just hip hop in general though, there's really too much to name. As I got older there were artists that I Overdosed on (I could play an album or mixtape everyday for like 3-4 months in a row) during certain stages of my life like Pun, CNN, Saigon, Sean Price, Stack Bundles, Max B, Beanie Sigel, Peedi Crack, Styles P, 50 cent.

Name your top 5 albums of all time?

Naming a top 5 of all time is real hard for me to do but I'll make one up based on the most influential shit in my life. This is in no order though. Only Built 4 Cuban Linx, Ironman, Supreme Clientele, Capital Punishment and Wu Tang Forever.

What are your goals in your career?

Honestly my career goals would be to create a livable income off of music. I just want to be able to continue creating at my leisure without worrying about doing anything else. At the end of the day I've done well for myself in life already (real estate, good business investments). I'm not one of those negative statistics like most people that come from where I'm from. I just love the journey of the hustle, and turning nothing into something.

Is there something you are looking to bring to hip hop that is missing or is in need of?

I just wanna come in this game and do me. I'm not looking to be compared to anyone or labeled under anything specific. I want respect and to be paid accordingly. I want to always 'like' making music. If music ever becomes a burden I know I'd say fuck it and just be a fan out here lol.

How did you hook up with your producer Uncle D.O.E.?

D.O.E. is like my cousin man. Growing up we lived in the same area (shoutout Berwick and Backroad!). DOE always was into music all the way through though. I was always on the grind outside the lab. There was a good 5 years that I was making good money so music didn't interest me like that, but I naturally like writing, it's my vent, so my skill never left. Then January 2nd 2016 he hit me up like "Ace, we need to talk" he came through my crib hyper like "Yo Sun you need to do this music shit you got that shit ppl need to hear" I was like get the fuck outta here I'm no fuckin rapper. He showed me some of his beats and left my spot and that was it. Fast forward to NBA all star wknd in Toronto like mid February of 2016. I made sure I went to everything. Shit was like a bucket list for me. I did the rookie challenge, the dunk off (that year was the best one since Vince Carters year btw) and the all star game, penthouse parties, I was everywhere, shaking hands,  it was dope. I felt like a star, like Asun is that nigga, I been that nigga, my mojo was way up. I felt like I could drop 10 albums next weekend

. So I hit DOE up the next wknd and I was like "what ya studio look like?" And now we here.

Canada has definitely proven itself as a major factor in Hip Hop as far as new artists in the past decade. Is there a difference between Canadian hip hop and USA hip hop that you notice?

I can't really speak for Canadian hip hop but in my city, Toronto, I feel like everybody doing the same shit and I'm not mad at it but it doesn't appeal to me. That trap/pop trap/trap soul whatever the fuck they call it is what everyone is into. The party scene out here is dope so of course that music is gunna appeal to more ppl. I'm always in my whip, I'm always driving around so the music I listen to is the shit that inspires me, and that's that raw shit with lyrical content and head nodding bangers. Toronto's underground scene has always been here but it gets overshadowed by the "industry" shit. In my opinion the difference between America and us is that we don't have as many representatives as America does and because of that, the major artists we do have (like drake, Tory lanes, the weekend etc) puts a label on us. I feel Americans automatically think my sound is gunna be like those dudes, when I tell em I do music. I also feel like the image those guys are selling makes us look extra polite. So when conducting business with Americans ppl feel they can take advantage of us. We gunna change that narrative though.

After the release of your EP, what is next for you and your music?

I already have my next project finished and we planning to drop it around mid September. It's called "The G.L.O.W.(Glamorous Life Of Winners)" The production will be a bit more soulful. more smooth, but still raw and heavy with that boom bap. I got lots of singles in the stash and I got some shit cooking with Daniel Son, Cr8diggin, Black Nazi, and a few of the hot producers that are buzzin in the underground scene right now.

Who Got Next?
Reactions: