In its long history as an epicenter for the underground hip-hop world, the San Francisco Bay has been known for everything from “The Thizzle Dance” to the 90’s DIY movements of Hieroglyphics and others. Today, indie hip-hop in the Bay is defined by eclecticism: acts as diverse as Kamaiyah, G-Eazy, Iamsu!, and Kehlani all came bubbling up to prominence out of the same melting pot. But there’s a lot of deserving names that haven’t made the charts yet.

Enter UnLearn The World: the best off the top freestyler you haven’t heard of yet, the most New York City Hip-hop man in San Francisco, and the epitome of the excellence in artistry that’s kept the Bay Area winning for so long.

Brewing up the first 5 episodes of my original #InstagramSeries #UnLearnTheWorldWithMe. An intimate look into my life as an #Artist #Activist #Educator and more captured in 1 minute episodes, shinning my light in the name of all things #HipHop, Premiering this #Summer! #TheSummerIsMine #Instagram #BayArea #Film #WebSeries #DocuSeries #Trailer #ComingSoon #Documentary #UnLearnTheWorld🌍
A post shared by unlearntheworld (@unlearntheworld) on Jul 29, 2017 at 5:15pm PDT


Unlearn has been building a reputation in the SF Bay for years now, entering the scene with a healthy dose of New York City hunger after leaving his East Coast home and relocating a few thousand miles west. He’s kind of everywhere around the Bay. If you’ve ever been to a buzzing open mic or cypher spot in the Bay, there’s a good chance you’ve met UnLearn The World already.

He’s the guy who crushed that cypher so hard that every other MC decided to dip out for a smoke break.

Besides being a completely nasty off the top legend that could absolutely murder any circle in any era, Un:earn prides himself on being a hip-hop renaissance man. He’s heavily involved in the community, leading workshops and working directly with youth and other key populations to preach the gospel of hip-hop culture. He volunteers as an organizer as a  team member of the squad that hosts “Return of the Cypher,” the best damn hip-hop weekly in the country. He’s even been cast in a leading role for a major upcoming musical stage production based in the Bay. All over the map, If it’s hip-hop and it’s in the Bay area, chances are UnLearn has shown up, supported, and gotten involved on some level.

Stream UnLearn's New Single "King of Everything" Below 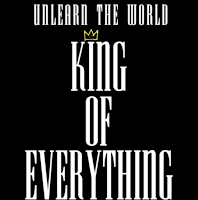 After all of that hard work, UnLearn The World has sharpened just about every tool in an MC’s arsenal. And now, he’s primed to drop the most New York City Hip-hop album that’s come out of the Bay Area scene in, well, ever. With two hot singles now on all major outlets, it’s the perfect time to catch up with the unique MC. 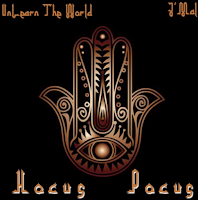 Rap wise, Unlearn is a master at carrying consistent, technical flows throughout an entire mind-blowing verse without compromising on content. His rhyme style is dense on paper, but as soon as his sharp delivery brings each word to life, it fits the pocket so well that every rap fan will bob their head with a smile. Just like Wu-Tang before him, Unlearn knows how to cover charged and technical lyrics in so much sauce that they don’t turn off average listeners.

Musically, his two most recent singles draw heavily on the soulful, organic sound that makes old-heads miss the golden era. The beats Unlearn has selected recently do a great job of complimenting his powerful, New York swagger filled vocals, bringing the best sonic qualities of hip-hop’s past back to life with some modern flashy flavor. And that musical excellence comes as no surprise. With a ton of experience on the boards producing, Unlearn has a great ear for exactly what he wants out of an instrumental, and both “Hocus Pocus” and “King of Everything” reflect that well.


Rocking the @namastepizza grand opening in #Pleasanton yesterday. Shout out to @vikgexpress for having us out! #Pizza #BayArea #HipHop #EmCee #UnLearnTheWorld🌍
A post shared by unlearntheworld (@unlearntheworld) on Jul 23, 2017 at 11:31am PDT

With such a strong background in the hip-hop community, UnLearn has a very informed and conscious perspective on how powerful of a vehicle his music can be. Much of his lyrical output keeps progressive politics as a central focal point, inspiring when there are so many social movements in the world that hip-hop artists can and should support. His swag and sonic influences are perfectly New York, but UnLearn’s devotion to the community and his commitment to bringing up important issues couldn’t be more San Francisco.

Soon, UnLearn The World’s next album will hit, and we’ll return with a full review. If the lead singles “King of Everything” and “Hocus Pocus” are any indicator, we’ll have a whole lot more positive things to say about the elite MC.


For now, anyone who lives in Northern California who takes the time to track down UnLearn at an event in the San Francisco Bay will thank themselves later when he’s blown up. Catch UnLearn at a show, follow him on social media (links below) and take another listen to his most recent drops. Before much longer, UnLearn The World will be a name worldwide, synonymous with the elite independent hip-hop the Bay scene still produces at its best.