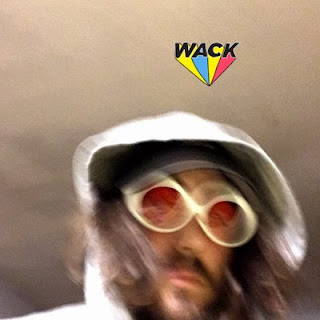 After featuring him on my first DJ Mixtape back in December of 2015, I recently had the chance to sit down with TX artist Casie April to discuss music, inspiration and more.

Jab: I saw a while back you're experimenting with indie rock, is that a sign of things to come? Plan on infusing that into Hip-Hop?

Casie: ive been working on 2 albums one of which being strictly an indie rock album. i want to capture the feel of 60s & 70s rock with a twist of 808s & slight autotune work. its been a hard process but its been interesting to see how beautiful the mix of the 2 sounds is.

Jab: Besides the indie rock, what kind of space are you in right now musically/mentally? What can we expect in the future as far projects? Solo album, collab album, feature, if anything, would they be released in 2017?

Casie: musically i just got off the straight autotune wave & have gone back to straight bars. of course i have melodies but i want to get back into really rapping about things that matter. the world is slowly falling apart & i like to shed light on those issues. mentally im never quite doing well but i maintain. depression never really lets u breathe or feel successful but im pushing thru it slowly. im working on 2 solo albums currently which wont probably drop this year but i have some singles that are coming soon. also my group & i are working on a collab album called rillaworld set to release next year. all in house production & organic. very nice project coming from us

Jab: How'd you get into Hip-Hop? Any particular artist/person? Particular album?

Casie: honestly my first encounter with rap came from eminem. i grew up in a household that hated rap so it was tough for me to get into it cause it was frowned upon. i soon discovered kanye & wayne & fell in love with rap. cudi is my major inspiration though. i relate to his lyrics & message heavily especially the man on the moon series. definitely my main influence

Jab: How'd you get your foot in the door as an artist?

Casie: i'd have to thank rome the god & suave dosto for getting me in the door. they signed me to camarilla records after my first single 'lunchables & coke' & got the ball rolling for me. also shoutout to AC for being there for me getting me shows & promotion on soundcloud. when 'too jaded' dropped saycheese helped get me exposure which got the song to over 10k plays. that was my first taste of success.

Jab: Do you fee there's still a color barrier in Hip-Hop? (If you heard them) How do you feel about Lord Jamar's white rappers comments from a few years back?

Casie: I didnt hear the comments actually but i can assume what was said as cultural appropriation is a big topic. i think the color barrier doesnt exist if ur actually a good artist. people will respect the bars if u got them. i just want to say i have the upmost respect for the rap culture & i understand why white rappers are passed over. white people have stolen a lot of the culture afican americans have created dating back to jazz & rock. rap is just my outlet for depression & i love everything about it. i wouldnt be here today without rap music honestly. it truly speaks to me & heals my soul

Jab: Now that you're trying to new things musically I have to ask, How do you feel about how alive blending of different sounds in Hip-Hop is? From rock/metal infused, R&B infused, pop, etc. It could all fall under the sub-genres of experimental, alternative, industrial, etc. And do you feel 'mumble rap' should have it's own category like trap and others do. Should it even be called Hip-Hop, or thrown in the (mainstream) 'Rap' category.

Casie: music is more alive now more than ever. i love all the different sounds being infused into rap. the young people really created their own wave & we're riding it to the top. its fun to be apart of a new wave of musicians that are extremely talented. it seems every week a new sound is added to rap which is why i love it, its always growing & expanding. as far as mumble rap goes i think its kinda fun & exciting. i dont think it should be categorize as mumble rap cause its still rap. its just the wave created by the young guys. a lot of rappers wouldnt have a career without it & i do see it dying off but its a cool wave. i think too many people are trying to recreate the sounds of other artists which is flooding souncloud a little too much but like every other wave it has an expiration date. enjoy it while its here though but thats a wave i dont want to touch.

Casie: Thank you for the opportunity to have an interview with actual good questions. hope to have more in the future. for more information & updates on music follow me @casieapril & follow my team @camarillasound. new music coming sooner than u think!
Interviews
Reactions: