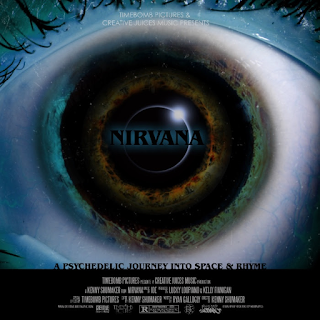 Brooklyn rapper IDE awakens his third eye and embraces his psychedelic side in the trippy new video for “Nirvana,” a surreal slab of Boom bap off his latest project, 'Breathe Easy.'

The track itself was already mind-bending, thanks to the warped production from Lucky Loopiano and Kelly Finnigan in addition to IDE’s immensely written rhymes (“Still I’m wylin’ off this psilocybin”). But it was director Kenny Shumaker who brought the essence of “Nirvana” to life in these visuals.

Shumaker accomplished this through his usage of kaleidoscopic and hazy imagery, which depicts mind-altering substances (of course) and colorful shots of IDE himself. The emcee actually keeps the experience somewhat grounded—well, as grounded as it can be—through his intricate patterns and wordplay.

But in the end, it’s damn near impossible to not give into Shumaker’s psychotropic vision, which he says was inspired by two of the greatest directors ever, Alex Jordowski and Stanley Kubrick. “The visuals were created to stimulate the senses, and decalcify the 3rd eye,” Shumaker said. Stay woke.