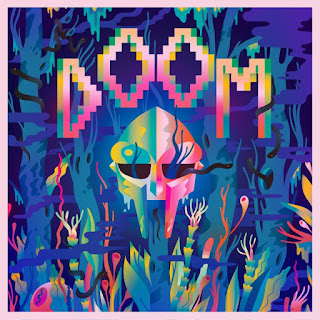 Excuse the obnoxiously long title, this is just some very exciting material brewing for the next couple of weeks and it needed to be crammed with buzz words.

"Adult Swim received a folder from DOOM called The Missing Notebook Rhymes today
containing 15 tracks. Each track is considered a "notebook" from a series consisting of music from his own upcoming albums as well as singles he is featured on, including one with Jay Electronica, from various projects by other artists. One notebook will be released per week over the course of the next 15 weeks. The first of which is titled "Negus" from Sean Price's forthcoming posthumous album titled imperious Rex. To find more about what DOOM is up to or when these songs will be released check www.gasdrawls.com. See the message below and stay tuned for more details and new music weekly from The Missing Notebook Rhymes via Adult Swim. "

That's the word on these up and comings, the first release has been a success. Doom helps to keep the posthumous Sean Price work rolling in a fashion that the barbarian himself would appreciate.

Listen to the new single HERE.