Prop Dylan - Down For Whateva (prod. by Logophobia) Music Video 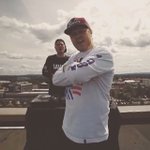 Prop Dylan is a well known name in the hip hop world in Europe. After releasing his critically acclaimed third album The Cardinal Sin he had established himself as a top tear mc in Europe. The Cardinal Sin was produced by his long time partner Logophobia and the world famous DJ Premier. The album was also featured by heavyweights in the rap game Talib Kweli, Evidence and Rakaa from Dilated Peoples and also the very talented singer Sabina Ddumba.

After touring in 27 countries on four continents he is now back with his first single Down For Whateva taken from his forthcoming album T.W.I.M.C (To whom it may concern) estimated to be released fall 2017.