Another posthumous release comes our way from the likes of Sean Price, this one standing in good company. Sean P, Prodigy, and Styles P each lay down a nasty verse, coming together for the trifecta- "The 3 Lyrical P's". It really is a beautiful thing, making Imperius Rex all that much more exciting. The track is done justice by the well-accomplished beat machine, Harry Fraud. It all comes together so well. At times, posthumous releases seem to be rushed and just not handled properly, but between this and the title track released not to long ago, it sounds promising. Ghost and Harry Fraud are honored to be apart of the cut, see what Harry had to say below via Instagram.

Here's hoping to Sean P and Bandana P kickin' it to the new jam somewhere up there.


Harry Fraud on being apart of the project: 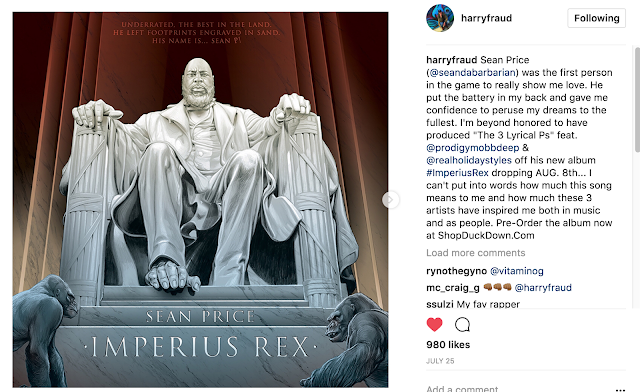