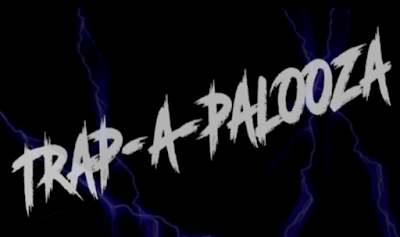 This past weekend OK-Tho had the pleasure of hitting up Providence, Rhode Island to cover Trapapalooza, a festival of sorts with a dynamic lineup. The show brought together talent spanning much deeper than New England. California, Texas, Michigan, New Jersey and more were all well represented at the outing. With performers like South Florida's hitmaker Robb Bank$, the grimy and acclaimed Da$h, or blunt and raw acts like Slug Christ and $ha Hef expected to steal the show, the paying crowd got all of those elements but instead from a different roster of young, rowdy rappers flexing their potential. On a night in which the general population was distracted by Floyd Mayweather and Conor McGregor, the same time that the city of Providence neared closing shop on the venue for fire hazards, everyone that took the stage did so like there was something on the line. Everyone that took the mic was shining with pride and sweat, leaving everything they had on stage. Fights nor fire alarms were enough to put the brakes on this stampede of up and coming artists. They all had something to prove, and made their trip to Providence well worth it.

See for yourself below. Check out Lil Texxan, Kado Barlatier, Chris Tophr, Steve French, Broke Chic, The Villains, & Raw Tendencies. Shouts out two dope artists, Stu G and Lil Drank, for the amazing color commentary on all that went down.