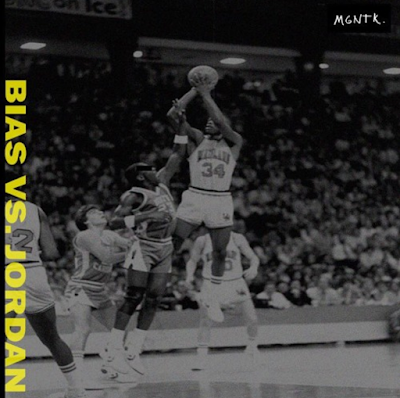 Baltimore's UllNevaNo brings his crafty, wordy, delivery to the mic and invites Logic Marselis to do the same on his new track with producer companion, Jumbled, titled, "Bias vs. Jordan". The cut is scheduled to be apart of their upcoming EP, The Ghost of Len Bias. The concept of the track explores the possibility of Bias being able to compete with, and more so dethrone Michael Jordan's reign. Not only that, but it considers the dynamic that could have existed between the two to fuel each other's competitive personas.

Gear up for The Ghost of Len Bias set to be released soon.