"Who Got Next?" New York Neo-Soul Artist 'Mac Ayres' Is Too Dope 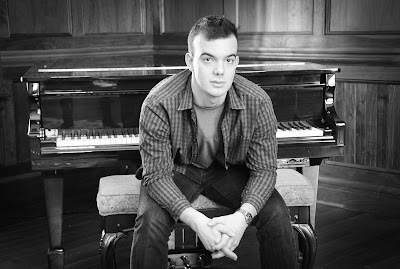 Mac Ayres is a 20 year old singer songwriter and producer from Sea Cliff New York.  Singing and making music all his life, he taught himself to play the piano at age 11 and started playing gigs shortly thereafter.  He later added guitar and bass, and is equally comfortable on all three, although the keys are his main instrument.  Raised in a small community famous for its incredible support of music and the arts, he was exposed to a variety of music throughout his life.  Mac works primarily in the R&B and soul genres, and his vocal style and power are unforgettable.  He is an avid NBA fan, and his musical influences include Stevie Wonder, D’Angelo, J. Dilla and Michael Jackson.  He has recently played at such iconic venues as Webster Hall, The Bitter End, The Stephen Talkhouse, and the Mercury Lounge.

Mac’s music has been played across social media more than 3 million times in this year alone.  His effortless, charming hit song, Easy, has been streamed well over 1,000,000 times on Spotify, and his work has been glowingly reviewed by major music outlets across the country including Nesthq and The Singer’s Room, and his music has been featured on DJ Booth.  He recently toured as the opener for Canadian artist Pomo, and a single from his album was featured in the Mahogany sessions.  Mac was Mahogony.blog’s artist of the week in late July 2017. 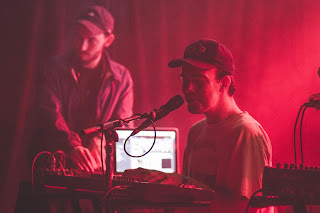 Known for his powerful vocals and emotional lyrics, Mac’s first full length EP , Drive Slow, is scheduled to be released August 11, 2017 by Fète Records.   His music is available on Soundcloud, Spotify, and many other streaming services.

The upcoming project is a compilation of Mac's most recent music including some favorites and a bunch of unreleased songs.  The EP was was written in the last 6 months and includes some great musicians who helped worked on a couple of the songs.


Get to know Mac:


At what age did you begin to realize that you wanted to start a career in music?

I have loved music for as long as i can remember, and had lived my whole childhood dreaming of being a rockstar. But, i think i really started to think it was a career possibility when i was about 16 or 17.

What artists have you been influenced by?

Too many to count! but just to name a few; Stevie Wonder, D’Angelo, Marvin Gaye. the list goes on.

You play keyboard and guitars, is there any other instrument or behind the scenes production that you would like to focus on?

I’m always open to learning something new. i’m the most comfortable on the keys, and probably bass after that. but in terms of what i’d like to learn next, you never know.

Name 5 of your all time favorite albums?

D’Angelo’s “Voodoo” is the only one that gets a solid spot at #1. I’d round it out with Stevie Wonder’s “Innervisions” & “Talking Book”; “To Pimp a Butterfly”, Kendrick Lamar; “Off the Wall”, Michael Jackson.

If you could produce an entire album for one artist, who would it be and why?

That’s a great question. it’s tough to say. but, i’d probably say myself.

What are you looking to get out of your music and career?

I’d say it’s less about what i’m looking for, rather than what i already get. music has brought me joy my entire life. i’m grateful every day that i get to do what i love, and spread the feeling that i get when i make music towards my fans.

Is there anything you believe that R&B is missing now a a days?

I think that R&B, like music in general, is in a great place. there’s more types of music than ever. different people bring different things to the table, and i’m just trying to show what i can bring.

How did you hook up with Fete records?

I hooked up with Fete through Soundcloud actually about 6-7 months ago. My good friend and manager, Rob Augustine, reached out after I had posted my tune, “Easy”. He was a complete stranger at the time, but he had faith in me and my music when not a lot of people did.

New York is one of the most popular places to be for entertainment. With thousands of artists traveling from around the world all trying to establish themselves, what advice can you offer for them?

My advice would be to not get so caught up in things that take time away from getting better. A lot of musicians think that it’s just enough to talk, or post online, about what they’re doing. the ones that separate themselves are the ones willing to put in the effort.

You toured with Pomo, what was that experience like?

Touring with Pomo was an unforgettable experience. We hit 6 cities in about a week, mostly a different city every night. That was the first time I really experienced any touring of any kind, and i really enjoyed myself. I’m really appreciative of all those guys for letting me tag along.

What is next for you and your career after this EP?

I’m super excited to drop my “Drive Slow” project this Friday, August 11th. I have been with these tunes for quite some time, and it’s gonna be a great feeling to see them out in the world. in terms of what’s afterwards, your guess is as good as mine. i’m always writing, so you never know when the next Mac Ayres project will come about.

Who Got Next?
Reactions: