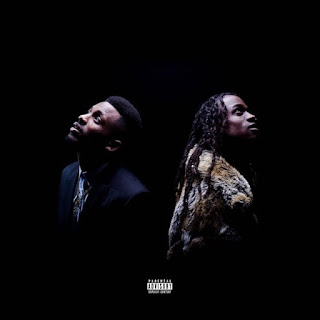 Yes Audio Push by now have a formula for making projects but the results are usually fun and informative. The duo of Price and Oktane from California’s Inland Empire have been on several paths since breaking onto the scene in 2009 with their hit “Teach Me How To Jerk.” Signings to Interscope and Hit Boy’s Hits Since ’87 and the formation of their personal label, Good Vibe Tribe, have boiled down to mostly focus and concentration on their own indie set and business endeavors, and their new album, Last Lights Left, reflects their now fully embraced freedoms in life, art and work.

Rapped by both Price and Oktane and mainly produced by Price, Last Lights Left, like their previous LP, 90951, has the group’s questioning, observatory messages plus style for miles guided by fresh mild productions and Cali-cool choruses. While AP showoff some typical braggadocio and boast of sexual exploits here and there, they’re quick to profess their love for positive peaceful living at other times. “Planet Earth is Live” pays homage to the late comedian and activist Dick Gregory, and the politically loaded “Soledad Story” drops thoughts on Bill O’Reilly, Bill Cosby, police-presence resembling martial law, the early deaths of legendary artists and anti-racism. The track perhaps grabs attention most with the group’s consensus that says, “I don’t wanna rap about cars, we teleport on Mars, and even Nas told us here the world’s ours, but now everybody wanna be stars.”

Cupid finds romance for the guys in “Stay” and some chilling and dealing with the everyday struggle commence before “Save the Sinners,” a proper ending, spreads care, consideration and compassion to our listening ears, and power to the people. Committed to being new age in some of the best ways possible although not very much so all of the time, Audio Push here are nevertheless solid paladins (when they decide to be) for liberty, equality and integrity. They’re loyal to the essentials and principles of hip-hop music, as this Triple L album is an indie release with crafty rapping on whatever the two want to discuss, including goodness and progression for them and us. (3 out of 5 stars)
Audio Push Good Vibe Tribe Hip-hop music new music rap
Reactions: