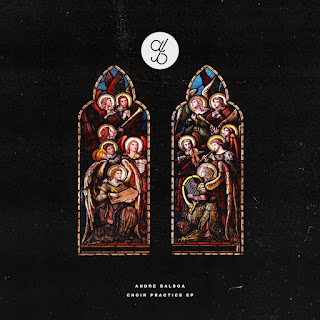 Author’s Note: Back in the day growing up one of my favorite parts of getting physical copies of albums, was opening up the CD case and seeing thick booklet full of liner notes. Seeing who did what verse, who made the beat and most importantly what was the artist thinking and what was the process like making the songs and the music. With the continued rise of the digital age, some of this has gotten lost in the shuffle. In our series “Behind the Music” we ask artists to craft liner notes for their release to give fans and listeners a deeper understanding of the process. Long Beach emcee Andre Balboa recently released his EP called “Choir Practice”. In this project Balboa goes where most emcees don’t and that’s simply telling the truth when it comes to our flaws and scars. “Choir Practice” is also just the beginning of a journey that will continue on Andre Balboa’s full-length project “Preaching to the Choir” which is slated to come out early next year.
Hypocrites - As a Christian, one of the main issues I deal with is hypocrisy. I decided to begin the EP addressing this facade of perfection that Christians, including myself, try to portray. I'm guilty of judging others and their sin and at the same time making excuses for my sins and flaws. Joe and I decided to be as transparent as we could on this track and hopefully it encourages others. No need to front like we're innocent, when God knows what the business is.
Choir Practice - On the title track for the EP I dive into the main concept of choir practice. Choir practice represents whatever actions you may take to try to convince yourself or others that your relationship with God is stronger than it truly is. Often, as believers, we get caught up in putting on a show rather than being genuine. On the flip side, once our motives are in check we shouldn't be discouraged to live the life that has been given to us. It's tempting to just give up but don't.

Shame The Devil - Now that you've been real with yourself in track #1 and you got your motives in check in track #2 you have a newfound confidence. Playing off the "choir" theme, I'm now ready to "lift my voice" and "shame the devil". Also, did you catch the New Orleans Pelicans scheme in the first verse?
Altar Call - The final track is the bridge connecting this EP to the upcoming album. At the end I see life with so much clarity. With a new appreciation for what I have, I decide to truly give my life to Christ. On the album I share what I've learned while enduring the highs and lows of life in hopes of encouraging others to seek truth and authenticity. "Preaching To The Choir" coming soon.
Hip-hop
Reactions: