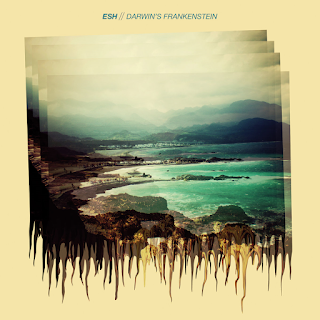 With nearly a decade of albums in his wake, Bostonian emcee Esh is back from the lab with his newest solo offering, "Darwin’s Frankenstein", and it is indeed a new breed of monster. A culmination of the evolutions of both his art and life, the new record is a testament to artistic progression and becoming comfortable in one’s own skin; he’s never sounded more natural on the mic.

On his previous release, 2016’s collaboration with The Arcitype, "Death Doesn’t Want You", Esh chronicled a thirty-something’s arc of finally saying ‘yes’ to life after years of debauchery and depression. But while that record was about the journey to a newfound maturity, the new one finds our protagonist coolly confident of who he is and the music he makes from the opening track onward. Also make sure to watch the pixeled madness of "Release The Hounds" with Radclyffe Hall.