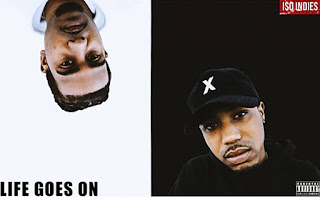 I$O INDIES recently dropped new project titled "LIFE GOES ON" which contains 10 tracks produced by their producer jahb Less. Life Goes On debuts a soundtrack to the duo's life and times, also it showcases both MC's quality over quantity style. The songs include details about past and present struggles within their lives on the road to building an empire.