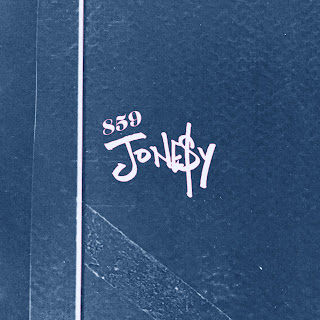 I’m a sucker for posse cuts or any cut that ultimately pays homage to where you’re from.  Kentucky emcee Jone$y is has done just that with “859” the first single from his upcoming album “Past Year”. The single produced by Petey Smooth has Jone$y speaking his success into existence. Jone$y is having fun over the beat paying homage and shouting out the people who he’s coming up with in Lexington.

Jone$y’s album “Past Year” so far we do know that it should be here some time next month. We also know the album features production from: J-Ideas, Kwelar and more. The album is ten tracks deep meant to capture the varying emotion and experiences one goes through in a year.  Stream “859” and keep it locked here on Ok-Tho for updates.
Reactions: