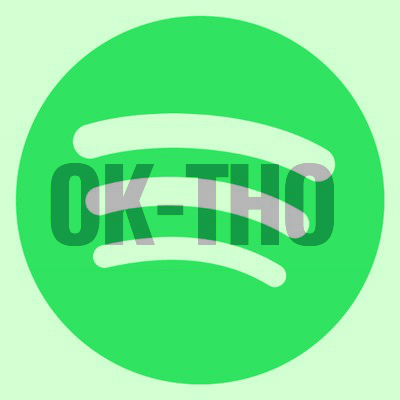 When hip-hop was born in New York City almost half a century ago, the gatekeepers of the music industry were radio DJs and station executives. Today, like much of the music landscape, the role of curator has moved online. Streaming playlists have almost completely replaced radio as the way that people enjoy and discover music. And for now at least, Spotify is one of the platforms where those playlists matter most.

Which is why it’s long overdue for Ok-Tho to have our own set of editorial curated, hand picked Undrground Hip-hop Spotify playlists. We’ve got some great tunes to share, check out the new Ok-Tho Spotify page by clicking that big black button below.

Generally, we’ll be sticking to our roots and focusing on the upcoming hip-hop that makes the underground so special, but don’t be surprised if some “bigger” mainstream tracks with the right vibe land in rotation. Getting started, we’ll be switching up our “Today’s Best” underground playlist every week and the California hip-hop and New York City hip-hop playlists twice a month, alternating our posting to deliver two new playlists every week. 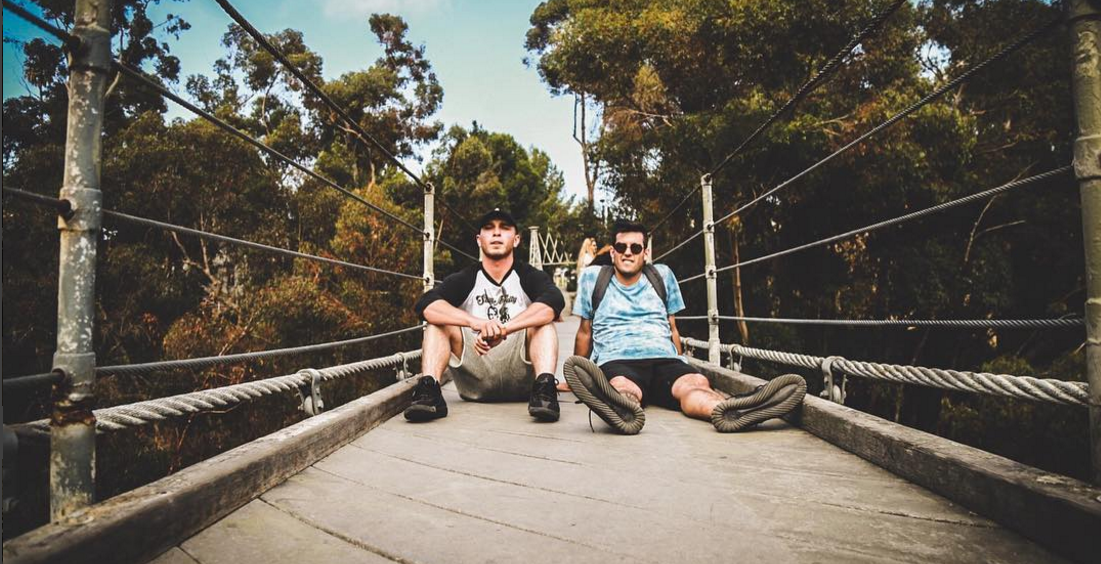 “Wine Glasses,” Alien Family
Based out of Los Angeles, Alien Fam are TeamBackPack OGs and Cali underground hip-hop staples. “All I Get” is a catchy laid back tune from their latest, “Alien Family 2.”

#ghosts out now. Link in bio. Shout out @alexanderspit for #spitfest and my brother left. Big ups my #mindgone brethren.
A post shared by Ash Riser (@ashriser) on Jul 20, 2017 at 3:25pm PDT


“Always,” P-lo & Rexx Life Raj
If last year they didn’t even like the bay, these two hometown heroes have done a whole hell of a lot to change that. P-lo continues his hot streak with “Always,” a Dad assisted sleeper favorite from his recent project “More Than Anything” with some next level flows and harmonies from both California underground hip-hop favorites.

“Like You,” Emoney
Emoney is a piece of rap history; he was on the first ever TeamBackPack cypher, and he hasn’t stopped rhyming at an elite level ever since. But on this poppy anthem, Money adds a ton of melodic sensibility to the uniquely realist perspective we all love him for, with some of his best songwriting and tightest lyrics in a minute.

“Socks On,” J. Lately
With a new album slotted for 9/22, the Bay Area’s J. Lately has been dropping a string of hot tracks on Spotify. “Sock On” isn’t his most recent single, but it is quite possibly the swaggiest, with all of the wordplay and lyricism that have made J. Lately a California underground hip-hop favorite for years.

The low-key hero on this track is producer Chase Moore, but yo, damn, that scheme throughout from Saht is one of the hardest things out of Southern California since N.W.A. was still fresh on the scene. Roll up and smash that replay button on the West Coast underground legend Sahtyre’s “Grammy” from his super hot “Cassidy Howell” project.

Visual for World, Peace (prod. by @derekpopemusic) out now! 🤘Directed by @officialnickrodriguez and premiered by @elevator_ S/O to @hefstradamus
A post shared by Sahtyre 💔💋☠ (@sahtlsd) on Jul 30, 2017 at 8:58pm PDT


“Night Night,” Trizz
Man, will Trizz ever stop growing? For diehard fans of Baby Ripgut, that question’s got an obvious answer. For anyone still sleeping, his latest single “Night Night” knocks so hard, it proves why it’ll be damn near impossible for the big players in the rap industry to keep ignoring Trizz for much longer.

“Ride Around,” Adam Vida, Promnite
San Francisco independent hip-hop fans might know Adam Vida as A-1, but under his new moniker Adam is making a brand of music that no one’s heard before. The chorus of “Ride Around” has so much hit potential, it’ll be fun to see where Vida ends up in the next few years. 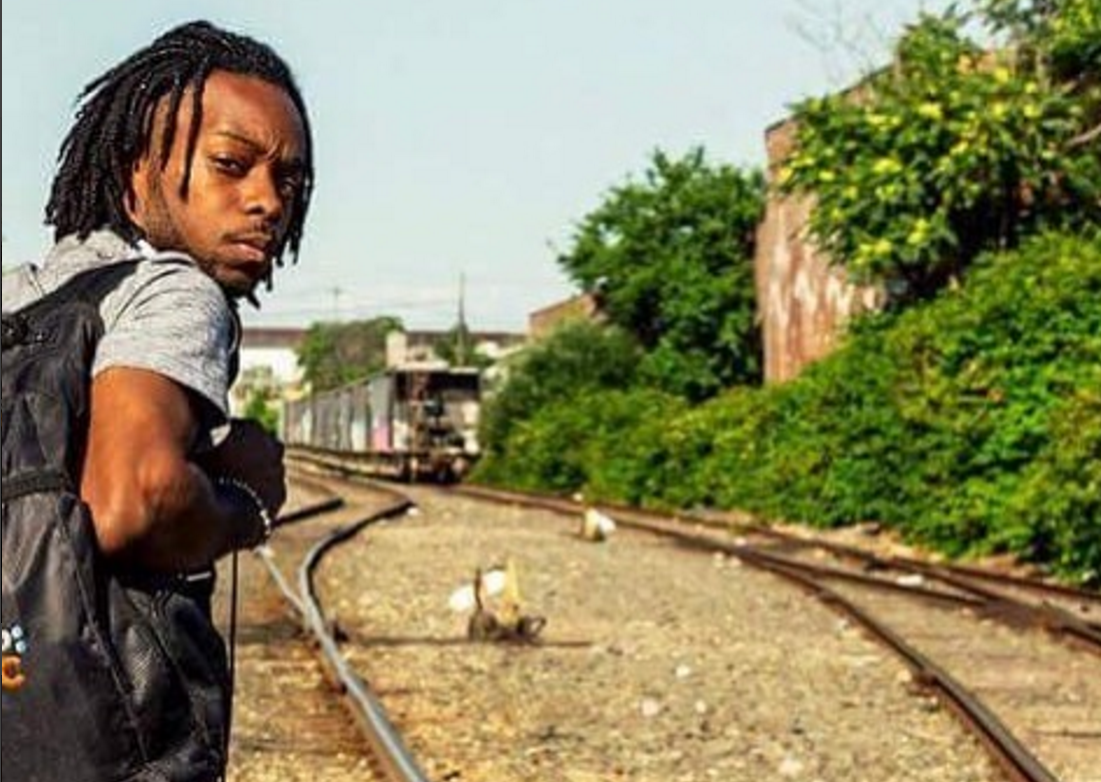 “While You Were Sleeping,” TruthCity
Truth’s powerful album “While You Were Sleeping” is packed full of music that’ll make you want to kick some ass, and no track captures that motivational intensity quite like the title joint. Hit the replay on this one and you’ll be singing along to the chorus as soon as it drops.

“Hennessy,” Brooklish
There are too many tracks about getting drunk to count, but Brooklish’s “Hennessy” off of the psychedelic New Cinema II still rings true as authentic and original. Especially if you love the henn, this’ll get you moving.

“Lawn Chair,” Kota the Friend
Thanks to equal parts authenticity and amazing music, Kota the Friend has the kinds of fans that’ll do anything to see him winning. His single “Lawn Chair” is a perfect example of why that’s the case, and why he’s got a long career to come.

“Aries,” Flatbush Zombies, Deadcuts
Flatbush can rock a smokey, vibey party jam with the best of them, but on tracks like “Aries” it’s refreshing to see the NYC group get serious with their content matter. While still absolutely killing it, of course.

“Kings & Queens,” Kemba
Ever since Kendrick invited Kemba on stage, the long-time rhymer has been getting some much deserved attention. “Kings & Queens” is another one that will put goosebumps on your arm if you’re a lover of deep material.

“On Me,” Crimdella
Crimdella’s next project is hopefully right around the corner, but the Harlem, New York City rapper is still dropping hot visuals from last year’s excellent “Bury Me In Gold Vol. 1.” His latest single “On Me” has heaps of the kind of story telling that underground New York City hip-hop is known for, Black Zeus style.

TONIGHT IS THE NIGHT. 8pm DOORS. GET THERE EARLY - THIS IS NOT ONE OF THOSE SHOWS W TEN OPENERS ITS JUST ME AND @radamiz - SHOW STARTS 9 SHARP IM ON AT 920 GET YOUR TIX NOWWWWW BEFORE THEYRE ALL GONE I LOVE YALL THANK U SEE U THERE
A post shared by Marlon Craft (@marloncraft) on Aug 11, 2017 at 9:43am PDT


“Familiar Faces,” Siimba Lives Long
There are so many smooth and unique jams on Siimba’s new Zemenay’s Geminii that it was hard to pick just one to highlight. But “Familiar Faces” serves as a great introduction to the deep songwriting and one-of-a-kind instrumentation that makes Siimba stand out.

“Oswin Benjamin Time Zone,” Oswin Benjamin
The third installment on Chris Rivers’ “Time Zone” series from Delorean, “Oswin Benjamin Timezone” features Oswin absolutely snapping. The bars here are dense, but the arrangement is so soulful that anyone can find something to love about this perfectly New York City underground hip-hop cut.

Thanks for tuning in, and come back next week for indie rap Spotify playlists highlighting some of the best underground hip-hop from California, New York City, and the world.