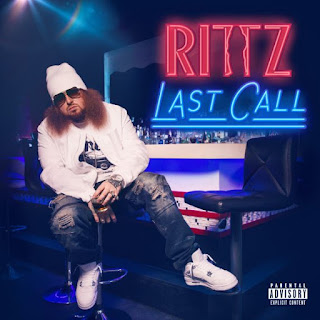 Now that speedy spitter Rittz has proven he’s no fading presence or disappearing act in rap (as far as technical skills are concerned), it’s time to focus most of all on what he has to say, basically his character. The relentless rhyme-killer from Strange Music Inc. releases his fourth studio LP on full steam thanks to his “top of the line,” momentum-making work of 2016. Aided by satisfactory production directed by Seven, Rittz does what he's best at in Last Call, sharing sad but valuable stories that scarred him, changed him or taught him priceless lessons. Rittz makes this blues-rap motivational in fact, inspiring us to beat the odds and prove the naysayers wrong. In his own case, Rittz will boost and boast of his own set when no one else will and even go in on the competition. The only problem is that he can come off a little too mean at parts, hurling one too many insults at the haters. In just one example, it’s unclear which artist or artists Rittz is alluding to in “Dork Rap” when he impersonates a hipsterish new-age rapper, but his subject of ridicule actually brings up some good stuff, like tofu and vegan friends. Likewise, to eliminate the disease in “F*ck Cancer,” Rittz mentions a few measures to take except for one of the most effective if not the most effective—a whole food, plant based diet that minimizes or better yet excludes animal-derived products. For the most part though and when one takes into account all of the project including the bonus tracks, Last Call is another impressive, even compassionate Rittz set but next time he might want to try the opposite of hard, rough and charging.