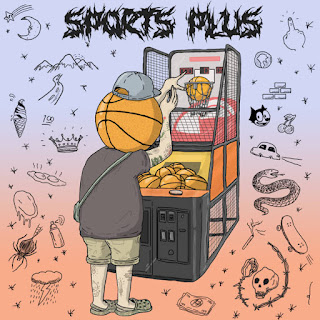 Check out BIG BREAKFAST’s new EP SPORTS PLUS that just came out! He’s a ridiculous but powerful lyricists from Long Island, and shows his growth throughout the release from his laid-back track with KOOL AD to his self-produced single “LIL KNOWN FACT”.  Kevin Cortez from Earmilk says his style "sits somewhere between word association, absurdity and the buzzworthy term that is now 'art rap’”. While he may not be artsy, his lines will hop between being too real and hilarious, like “If I get rich off spitting expect me to floss a little bit / flex 10 G’s and invest in small businesses / I got the Juice like Styles P / Probably why a lot of these dudes want to silence me” (LIL KNOWN FACT). This is one hell of a rap release with glistening production done entirely by Big Breakfast that pays homage to his 90’s influences.