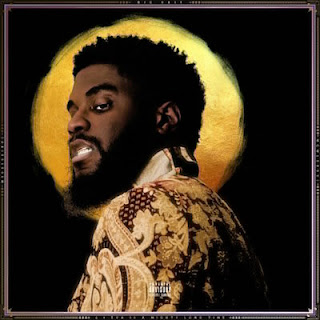 Off Def Jam and onto another major label, Mississippi-born emcee Big K.R.I.T. is still locked in by one of the big boys though perhaps not the most well known of them. His third album and a double LP at that, entitled 4eva is a Mighty Long Time, comes via Multi Alumni, but only after receiving the green light from BMG Rights Management, a subsidiary of multinational corporation Bertelsmann. Needless to say then, we get some superficial subject matter, and much of the first section is its home. Disrespect towards women, drug use plus money, spending and just propaganda for consumerism make praising this portion of the album extremely difficult. Before the more meaningful close, K.R.I.T. even acknowledges the duplicity in “Mixed Messages.” He tries to justify his conflicting themes and inconsistencies as all natural, fine and even cool, if you believe the tone of the song and fail to question the motives of the company with which he’s involved. The large amount of material helps a little bit and so does the fresh production that mainly works as verse accompaniment as opposed to anthem- and hit-making support, but it’s simply mired by hazy language and contradictory beliefs that can’t be taken as genuinely K.R.I.T.’s own. (2 out of 5 stars)
Album Review Albums/Mixtapes Big K.R.I.T. Hip hop Hip-hop music new music rap
Reactions: