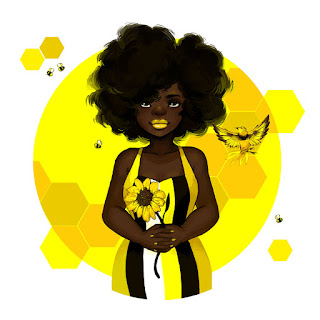 If rappers are critiqued mostly for what they say on a record as opposed to what they don’t, then conscious Southern trio Cunninlynguists (Kno, Deacon The Villain and Natti) are still making great product. Yet despite all the soulful poetic wisdom in their layered bars, there is still plenty in the world the men don’t talk about, but we’ll focus on what actually makes it into their lyrics. The group’s sixth studio LP, Rose Azura Njano (APOS Music/RBC Records), is a success to cut to the chase though perhaps not a lot more than that. Like always, the Cunninlynguists’ concentration primarily on smoothness and technique with their broad truisms begs the question - shouldn’t the fellas rap more pointedly on new specific subject matter, in other words get to the nitty gritty quicker without dancing (let alone beating) around the bush with style? Most with a clear honest mind would answer yes. With some variation, Rose Azura Njano is basically the same type of music the brand started with, but it’s a fine type still. The Cunninlynguists might not sound straight-to-the-point enough for some, but their continued attention to politics, the poor, minorities, and social injustice generally speaking is still very admirable. (3 out of 5 stars)