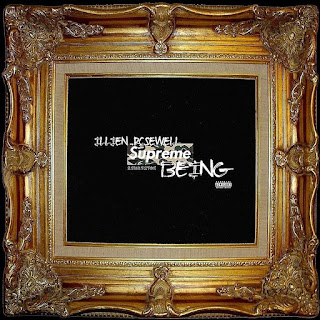 When it boils down to consistency, today's rappers struggle with that aspect because they are either in their own heads or either overloaded on social media trying to put out the "perfect" album, but is there even such a notion? Norfolk bred producer/emcee Illien Rosewell has been consistent for quite some time dropping projects such as A Different Mind, A Different H-Art along with countless music videos. He's definitely "different" hence the skit on his collaborative effort with Logic Marselis on "Supreme Being". This is a quick strike EP for what is yet to come from the two collaborators. Clocking in at 9 joints with a few skits, Illien is showing critics that he can actually rhyme and this is what he does.

On "Good Weed n Coffee", Illien starter pistols the project with lines like "consistency is key, that's what my OG taught me." Logic Marselis provides Illien with his signature chops and banging drums that could give your upstairs neighbors a headache leaving room for braggadocio flows and interchangeable cadences. "Star Talk" is a motivational piece that will make a Nas proud. Illien warns us to watch out for those that's in your circle because they will become absent once your success comes to a screeching halt. The Norfolk wordsmith closes the project with the standout track "Worth", which is a revealing testament of self assurance. This music game can be pretty vulgar and if you don't pay attention, putting in slave labor amounts of work at the end of the day as an artist rises the question "Do you know what your worth is?"

Supreme Being is an appetizer for what's to come from both Logic Marselis and Illien Rosewell. With "Gritty" on the horizon, these two have been working on something that is truly for the culture.