Nolan the Ninja speaks on YEN, growth and more

What up OK-Tho and the Hip-Hop community? Today I have the pleasure of bringing you an interview from one of the most consistent MC's holding it down for Hip-Hop's underground scene, Detroit's own Nolan The Ninja. Peep what he has to say about his newest album YEN, growth, his introduction to Hip-Hop, and more down below.


First, thank you for the taking the time to do this interview. The OK-Tho! crew is already well acquainted with you, but can you tell us a little about yourself for those who may not know?

Nolan: My name's Nolan but musically, I go by Nolan The Ninja. I rhyme & make beats. And I'm out of Detroit, MI...

How'd you get into Hip-Hop? Who (artists and personal people) and what (albums) are some of your influences?

Nolan: Where I grew up, hip-hop was sort of embraced by default. I always heard it out of cars, on TV, radio, whatever. But my earliest memory is my cousin putting me on to it by the posters & stuff that he had in his room. 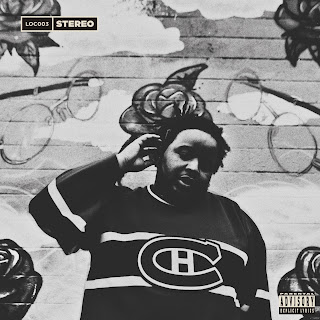 I loved YEN, can you tell us what kind of space you were in musically and personally when you were creating that project?

Nolan: Thank you. On YEN, I took a more introspective approach. I'm getting older so the yearn is becoming stronger. Just wanted to dedicate an album to that as a nod to my growth & upbringing.

Other than for it to be fire, what can we expect when we hear the next project?

Nolan: I'm excited for people to hear my next stuff. Clearly, I won't speak on much but I'll say that I'm proud of growth.

Nolan: I've been rhyming seriously since like 2013. Just hustled for a few years on my own. Then Soko, whom I knew since like 2011, offered to help me out with some things. And the rest is history.

How do you feel about the current state of the Hip-Hop scene, especially in Detroit? Any opinion on how different artists are in your era, compared to the old era?

Nolan: It's cool. There's room for everything. Whatever you prefer, it's out there. Whether in Detroit or elsewhere. The opportunity is more wide today. Back then, the internet wasn't around. No social media, none of that. It was about putting out good music & less about the celebrity of the person. Nowadays, the platform for people to get famous off of pretty much anything is open. Anything can happen.

Who are some of your favorite artists, producers, and deejays out today?

Are there any other artists you haven't worked with yet that you'd like to work with?

Nolan: I really work with Lily Green. Same for Leikeli47 & Nick Grant. Pusha T. Jorja Smith. I feel like those are near-future goals. Again, I have plenty of favorites who I enjoy listening to. So to make anything with any of those people would be an honor.

How's life on the road as an artist? Do you have family and friends who support what you do?

Nolan: It's dope. The more stuff that I get into, the more that I learn. And the more you learn, the wiser you'll be. And yeah, my peoples hold me down. Friends & family. Love to all supporters whether I know you or not, though!

Lastly, any advice to up and coming artists?


That's what it is. Thank you for taking the time out to do this my man. Myself and everybody at OK-Tho appreciate it.

Nolan: Thank you guys for reaching out. 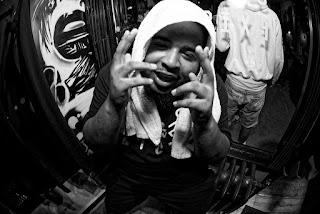