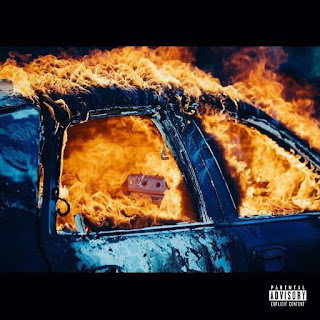 Slumerican, Shady and Interscope country-slicker Yelawolf returns bearing his fourth LP Trial By Fire, after the typical 2.5 years since his last, the Love Story album of 2015. With more backwoods-active raps over folk rock guitars and an insidious alcohol-and-drinking trope, Yelawolf and his labels have assembled an album more similar to all of his previous projects combined than not, but not necessarily for the better. Yelawolf’s emcee skills are upright and he takes turns championing friendship, family and his musical influences but Trial By Fire is to a greater extent a series of melodramatic character studies, with stereotypes included. People getting their hands dirty to get by, dangerous city dwellers, a cheating male lover and a grief stricken father put on a showcase of human suffering in painfully expected, traditional roles. And as we’ve said, the drinking motif makes everything that much more slimy. Trial by Fire, which is no better than average, fails to exchange the image of Yelawolf as a wild, rural industry-rapper for that of an enlightening, evolving, multidimensional artist. (2 out of 5 stars)
Album Review Albums/Mixtapes Hip hop Hip-hop music new music rap Yelawolf
Reactions: