Interview With R.A.D. - Minnesota's Next Marvel 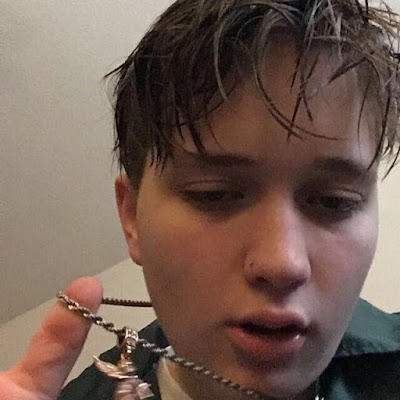 Ok-Tho recently had the pleasure to catch up with R.A.D. (Rude Ass Dyke), a fascinating voice with an awful lot of talent. The Twin City native is loaded with bangers like "Bite", "Irrelevant", "R.A.D. Season", and is currently on the heels of her most recent loosie- "Windex". The track was produced by good friend and beatmaker BooBoo. R.A.D. is on the way to perfecting her melodious delivery while still delivering virtually punchline after punchline. Her vocal presence, pre-packaged ambition, accents of wit and humor, as well as her brazen personality make for an extremely interesting artist to look out for.


We took the opportunity to get to know a little more of just what R.A.D. is all about:

OK-Tho: First of all where are you from?

R.A.D.: "I swear there’s a lot more talent out here than you’d think, there’s a whole lotta shit that’s bouta' start goin' off in the next couple years."
OK-Tho: What's your favorite thing about being out there and what's your biggest complaint?

R.A.D.: "I fuck with all of the different producers out here that got so many different styles too, and there’s a couple rappers I really fuck with. The thing I hate the most is that so many rappers say they from the city and they live in the motherfucking suburbs on some fake poppin' shit. We gotta whoooooole lotta' that out here."

OK-Tho: When did you start rapping and when do you start to take it seriously?

R.A.D.: "I’ve been rapping since I was like 12, one of the first songs I ever got on was a "Teach Me How to Dougie" remix [laughs]. I started taking it more seriously when I got into high school though, I got into a rap crew with my best friends and we called ourselves Top Rookie [laughs]. Then I leveled up and took it even more seriously when I dropped outta' high school."

R.A.D.: "I dropped out in February of last year."
OK-Tho: Do you have a crew you run with or do you just stay dolo?

R.A.D.: "Ion' really work or chill with anybody but my guy Dro and my closest friend who goes by BooBoo, both of them are gonna be producing tracks on my upcoming project and it’s gonna be bangin'!"
OK-Tho: Who did you bump heavy growing up?

R.A.D.: "I really fucked with the Thank Me Later era Drake, Danny Brown, Kanye, Kid Cudi, all of that."
OK-Tho: Do you feel like people box you in when they hear your sound?

R.A.D.: "I feel like people box me in before they even hear my music. Where I’m from there’s way too many people that only try to look dope before they sound dope, so people don’t even wanna give it a chance if you not rockin' some expensive ass clothes. Plus ion' really hear a lot of rappers my age that focus on their lyrics and melodies like I do. I swear if people were actually listening they wouldn’t be able to box me into nothin'. Not trying to say that lyrics the only thing that matter but motherfuckers need to get they bars up!"
OK-Tho: What would you say to the people who are bitter about "mumble rap", or whatever they wanna call it, if you were trying to patch an understanding?

R.A.D.: "People who talk about mumble rap are jus motherfuckers who only fuck with some music that was made a long time ago and don’t wanna see that shit change which is stupid as fuck. Music isn’t supposed to stay the same over the years, that shit would get boring, that’s why I’m always tryna get on some new shit."

OK-Tho: If R.A.D. looked into a crystal ball what would be the best thing she could see and why?

R.A.D.: "Im bout' to take this shit to the next level and buy my mama a crib just watch me! I know this for a fact cause I got so much dope music in the works it’s gonna make that shit happen I swear."